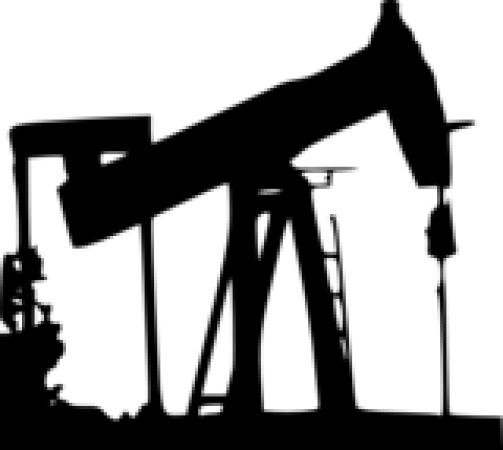 As we enter 2012, our job producers face looming taxes and regulations and few companies are expanding, hiring or buying equipment. More than 14 million Americans are unemployed, nearly 9 million have been forced to take part-time jobs and 2.5 million have given up on finding work.

Meanwhile, 140,000 have been added to federal government payrolls, and the nation is spending $4 billion a day more than it’s taking in.

Federal government energy policies are especially hindering economic development and job growth. America’s vast storehouses of untapped oil, gas, coal and uranium could generate millions of jobs and hundreds of billions in revenues. Virginia as well as US electricity generating industries along with factories and other businesses that depend on reliable, affordable energy could hire hundreds of thousands of additional workers. But our economic engine must first be unshackled from excessive regulations that often actually harm health and environmental quality.

Instead, the Environmental Protection Agency, Departments of Energy and the Interior, and other government bureaucracies continue to impose a near-total shutdown of onshore and offshore oil and gas leasing, both nationally and here in Virginia. They drag their feet or simply reject drilling permits, display antipathy toward hydraulic fracturing to tap our 100-year supply of shale gas, and impose truckloads of punitive air and water rules designed to shutter dozens of coal-burning power plants (the federal courts have put these regulations on hold for the time being but EPA is pushing hard to lift that injunction and close these power plants).

Meanwhile, the National Academy of Sciences (which is alarmist about manmade catastrophic climate change) has warned Virginia of possible serious environmental and safety concerns should it mine rich uranium deposits near Danville.  These environmental concerns can be dramatically reduced with proper mining techniques.  The NAS specifically cited hurricane risks – a rare occurrence in southwest Virginia.

President Obama bowed to EPA and environmentalist pressure when he postponed a decision on the Keystone XL pipeline which would create 20,000 construction jobs and help relieve our dependence on foreign oil.

Now EPA wants 230,000 new bureaucrats to process future carbon dioxide emission permits based on questionable climate chaos models and scenarios. Even our worst nightmares cannot fathom the job-killing compliance costs this would impose on the 6,000,000 businesses these regulations would affect. And EPA hopes to acquire vastly expanded regulatory powers over businesses, communities and ecosystems in the name of “sustainable development.”

Using questionable assertions about catastrophic manmade climate change to justify its actions, EPA is demanding 54.5 mpg fuel economy standards – which will result in thousands of deaths and millions of injuries, as cars are further downsized and plasticized.
The Energy Department sponsored programs that cost $20 million to create 14 jobs and weatherize four Seattle houses in a year. It spent $80 billion to create 225,000 “clean energy” jobs – at $356,000 apiece. And it spends $6 billion a year to grow corn on an area bigger than Indiana to convert it into ethanol that gets a third less mileage per gallon than gasoline.

America should promote projects that actually generate real energy, jobs and revenues. It must reward and encourage companies that provide affordable 24/7 energy to power virtually everything we make, grow, transport and do every day.  Unleashing America’s vast supplies of shale oil and gas, conventional petroleum, coal and nuclear energy isn’t a magic potion. But it is a vital part of the solution to what ails our nation.

The petroleum industry alone currently supports some 9.2 million jobs, but could do much more. Recent studies by Wood McKenzie, ICF International and other analysts conclude that opening onshore and offshore areas now off-limit to development could generate an additional $800 billion in government revenues and 1.4 million jobs by 2030. That includes primary jobs at the oil/gas rigs as well as secondary jobs in steel making, construction, pipelines, refineries, transportation etc.  And, of course, then there are the indirect jobs in hotel, restaurant, retail and other sectors that benefit from the increased payrolls and economic activity.

We could do likewise with coal, nuclear and hydroelectric projects in Virginia and nationwide.

We can and must protect human health and environmental quality – from real threats, not exaggerated, speculative or computer-generated threats. We can do so without raising energy and business costs even higher, killing more jobs, and stifling private sector and government revenue opportunities.

Those impacts should be fully considered when the putative benefits of current and future regulations are discussed. If laws and rules don’t pass muster, they need to be rewritten, rejected or repealed.

Letting business work within a sensible regulatory system and ensuring that companies have the affordable energy they need will create permanent, sustainable jobs and bring renewed prosperity – and generate revenue streams that curb the need to raise taxes on productive companies and workers.

American energy can ignite America’s renewal and restore American jobs, opportunity and prosperity. We need American energy resources for an American recovery. Slash the crippling regulations, drill here in America, produce affordable energy, create jobs and fix our economy. We can do it.  But government must be a partner and not a hindrance.