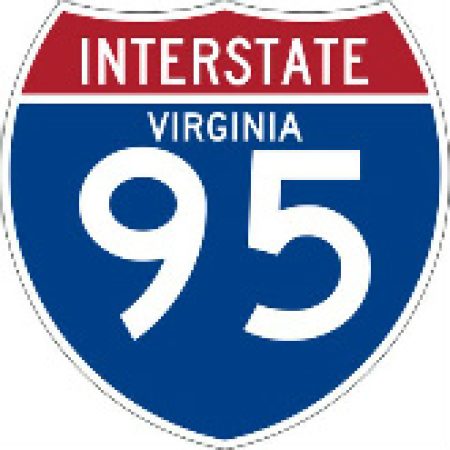 (Editor’s note: Jim Bacon is one of our state’s best out of the box, yet practical thinkers. This column first ran in the Virginia Pilot on Christmas Day 2011.)

While Virginia’s Public Private Partnership Act may be experiencing growing pains as projects from the Midtown and Downtown tunnels to HOT lanes on Interstate 95 see the light of day and invite public scrutiny, there is little doubt that PPPs, or P3s, are the wave of the future.

Indeed, the United States is something of a laggard in embracing this financing tool, which draws upon private-sector capital and management to build roads and other infrastructure. Europe has roughly five times the P3 investment as the U.S. Even Latin America exceeds the U.S. as a market for this type of project.

However, P3s are getting more attention in the United States as resistance to higher taxes starves federal and state governments of funds to ameliorate congestion and promote economic development.

Two recent reports, one from the libertarian-leaning Reason Foundation and the other from the center-left Brookings Institution, are a sign that P3s are gaining legitimacy as a transportation-funding option.

In Reason’s “Risk and Rewards of Public-Private Partnerships,” author Baruch Feigenbaum writes that PPPs have five major advantages. They deliver needed transportation infrastructure sooner, raise large new sources of capital, shift risk from taxpayers to investors, provide a business-like approach and enable innovation. “PPPs can be utilized in most types of projects and are most successful in states with strong enabling legislation.”

Imilia Istrate and Roberto Puentes at Brookings write in “Moving Forward on Public Private Partnerships” that P3s are complex contracts, and negotiating them is not a task for amateurs and part-timers. They suggest that states develop “public private partnership units,” entities within the government that develop the technical and financial expertise to evaluate, negotiate and monitor P3 projects. It is encouraging to see that the paper specifically cites the Office of Transportation Public-Private Partnerships in Virginia as one of only three examples of a genuine “public-private partnership unit” among the 50 states.

Virginians should take pride in the state’s recognition as a leader in implementing P3s, but the commonwealth’s enabling law, which was written in 1995 and amended in 2005, still may need massaging. As I reported in “Promises and Pitfalls” on baconsrebellion.com, there is an inherent tension between inviting public input and protecting the integrity of the complex negotiations between the state and the private-sector concessionaire.

Citizens have a right to know how these mega-projects will affect them before deals are signed, and they should have some right of appeal if the terms are onerous. Yet openness and transparency must be tempered by the reality that it would be difficult to complete a transaction if the public were involved at every turn, especially if key negotiating points were politicized.

A related problem is the project selection. The most fundamental question we need to ask ourselves is, “Should this road, bridge or tunnel even be built in the first place?” It is of little comfort to know that a P3 can bring in a project cheaper and faster if we’re building infrastructure in a location that cannot be economically justified.

In Virginia, P3s circumvent the normal process for approving transportation projects. The Commonwealth Transportation Board, which sets priorities for traditionally funded projects, is informed of major P3 developments, but its approval is not required.

The McDonnell administration will have $1.5 billion in state funds to allocate to P3 contracts, which can commit the state to concessions lasting 50 to 80 years, cost citizens billions of dollars in tolls and impose financial penalties should the state undertake other projects, even decades from now, that might cut into toll revenue. Once a project advances beyond the concept stage, no forum exists for the public to question, debate or comment upon major terms and conditions.

By drawing attention to the problems inherent in the P3 enabling legislation, I do not mean to single out Gov. Bob McDonnell for criticism. The governor is working within the rules created by previous administrations.

But he is pursuing P3s more aggressively than his predecessors, and the flaws in the law are manifesting themselves on his watch. I’m not sure how we strike the right balance between transparency and confidentiality, but we need to do a better job.

Upon reflection, I would add one more point. Another advantage of P3s is that they rely upon toll revenues, which conform to the bedrock principle that those who use and/or benefit (from higher land values) from a transportation project are the ones who ought to pay for it. In an ideal world, P3s would require no state money — they would be entirely supported through tolls and/or capture of increased property values. In an ideal world, there would be no doubt that the project is economically justified. In the real world, P3s always have a state contribution. The greater the state subsidy, the greater the cause for skepticism that a project is economically justified and the greater the reason to suspect that project is being undertaken for the benefit of special interests and not the public. Still, P3s provide a level of transparency into the economics of a transportation project that we don’t get from conventional funding methods.