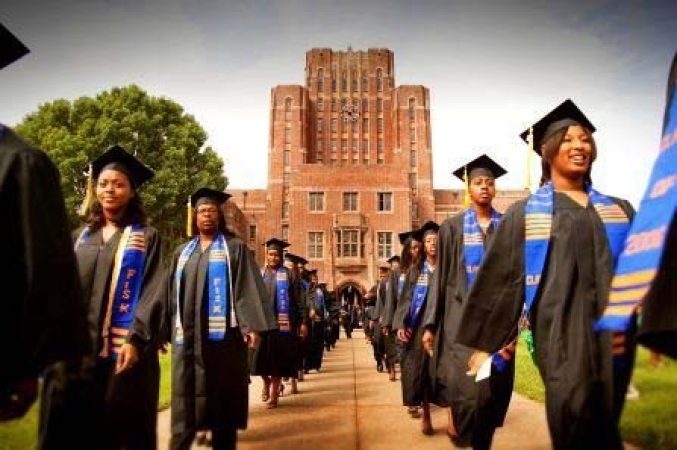 What’s going on? Virginia’s public universities are all models of political correctness. They all champion “diversity” on campus. Many recruit African-American students aggressively. Why don’t they have more?

Here’s what Chmura Economics & Analytics had to say in a 2010 study prepared for the Virginia Career College Association: “Virginia’s community college and public 4-year colleges have capacity limitations, implying that they cannot accept all Virginians who want to pursue a post-secondary education. Without career colleges, many of those minority students may be shut out of the higher education system.”

Normally, one thinks of government stepping in to remedy the failures of the free marketplace. In this case, it appears that the free market is stepping in to remedy the failure of the government-run marketplace. It is interesting that so-called progressives are hostile to career colleges. They say that career colleges experience higher rates of student loan defaults. But that’s just cover for a generalized hostility to privately delivered education.

With student debt surpassing $1 trillion and default rates rising nationally, there is every reason to scrutinize lending practices. Overall, graduates of career colleges do default at higher rates than public and private not-for-profit institutions. “As a group,” charges one critic on the Blue Virginia blog, for-profit higher ed “systematically scams the taxpayer, rips off the government, and harms the lives of veterans, minorities and poor people.”

But such observations are dangerously superficial. One could note also that graduates of Historically Black Colleges and Universities, “as a group,” experience higher rates of default. Does that mean institutions like Virginia Union and Norfolk State are scamming the taxpayer and harming their students?

Career colleges encompass a wide range of institutions that provide degrees with a wide range of marketability. Presumably, a degree in business, IT or health care provides superior career prospects to a certificate in cosmetology. All other things being equal, grads whose degrees give them superior career prospects do a better job of paying off their student loans than those whose degrees are less marketable. Why not focus on specific institutions and degree programs with high default rates rather than denounce career colleges generically?

It is worth noting that career college students pay the full freight of what it costs to educate them, an average of $12,682 per year in the 2008-2009 academic year. The relevant point of comparison for public, four-year institutions is the $18,098 average tuition charged out-of-state students. The cost is lower for in-state students thanks mainly to state support equivalent to $2,487 yearly for community colleges and $5,027 per year for public four-year institutions. Career college grads likely would borrow less – and their default rates would be lower – if their tuition were subsidized to the tune of $20,000.

There’s one more consideration. Career colleges serve a population that comes from lower-income households. Many students growing up never learning the basics of budgeting and financial management. Arguably, students from households with similar socio-demographic characteristics default at comparable rates at public institutions.

There are diploma mills that recruit students who are ill prepared for the rigors of higher education and have no business pursuing college degree, putting them deeply in hoc for worthless educational programs. In 2008 Virginia enacted legislation that makes it illegal to issue fraudulent academic credentials. Otherwise, the existence of diploma mills is an argument for the federal government to be more judicious in its lending practices. Rather than punishing institutions based upon their profit/nonprofit status, the feds should focus on institutions, of whatever stripe, with the worst default rates. Stop lending to colleges that offer little educational value added. Stop lending money for fields of study that offer little payback in the marketplace. Curtail lending to students with lousy credit scores and a demonstrated inability to pay their creditors.

If federal and state officials crack down upon private career colleges for the sin of being privately owned, they could damage an important avenue of upward mobility for many Virginians, African-Americans in particular.

«
Local Zoning Issues Belong in the Hands of our Elected Officials, Not the Courts»
Earth Day 2012 – Life is Good!