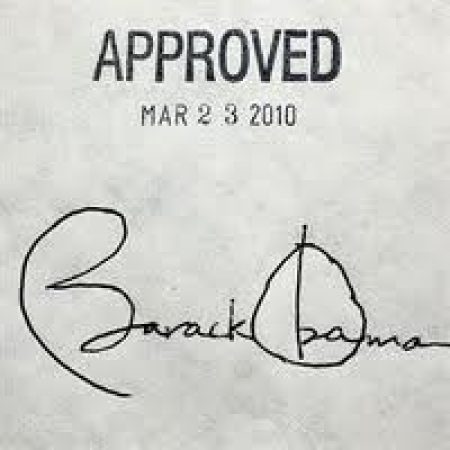 Obamacare’s Other Shoe Drops, And How To Catch It

President Obama’s pledge, to the effect, “if you like your health plan, you can keep it,” oft repeated in the run-up to passage of the Affordable Care Act (“ACA”), has already been condemned as false by no less an authority than The Washington Post. That, however, was before the calendar turned over to 2014 and the ACA’s second shoe began to drop, subjecting tens of millions of more people to loss of health plans that they may like. I will show how that will happen and also propose a modest fix that could avoid that sad outcome.

The President’s health care promise has been awarded a full, four Pinocchio’s by the Post’s Fact Checker column, earning it the distinction of being a “whooper,” the Post’s highest category of falsehood. That determination, however, was based entirely on the millions of people who have already lost health care insurance that they purchased themselves, in the individual insurance market. It did not take into account any of the tens of millions more who are now about to lose health care plans that are provided to them through their employers.

It could be argued, I suppose, by analogy to ranks in the military, that the Post’s Fact Checker has been far too stingy in assigning a mere four Pinocchios, on its four Pinocchio scale, to the President’s promise. The usual highest rank in the military is signified by four stars. However as a consequence of World War II and the magnitude of responsibilities placed on senior commanders, several, including General Douglas MacArthur, were awarded a fifth star, making him a “General of the Army.” Therefore, it is reasonable to conclude that on the Post’s normal four Pinocchio scale, the President’s “keep your health care plan” promise deserves at least a fifth, or perhaps even a sixth, Pinocchio, making it a whopper of whoppers, or something to that effect.

The first wave of lost health care insurance that put the lie to the President’s promise was occasioned by provisions of the ACA that required all plans going forward to have certain specific coverages, regardless of whether or not the policyholder needed or wanted them. The next wave of lost health care plans that will begin to take place this year is caused by other provisions within the ACA that place a punitive excise tax on employers who spend more for their employees’ health care plans than the ACA concludes they should. This is the so called “Cadillac” tax, which you may have heard about. It is not really a “tax” at all, but more of a fine, that very few employers could ever afford to pay.

I can show you how this works by taking the example of the employee health care plan currently offered by the Fairfax County (Virginia) Water Authority (“Fairfax Water”), the public utility that provides drinking water to almost two million people throughout Washington, D.C.’s Northern Virginia suburbs. At present, Fairfax Water makes an annual per employee contribution for health care coverage of $8,246.64 for self only, and $20,694.60 per employee for family coverage.

Fairfax Water operates an efficient, self insured plan based on actual loss experience and the cost of stop loss coverage, which is a commercial insurance policy that serves as a backup in case the plan incurs unexpectedly large losses, and administration, so there is little profit that goes to any insurance company. It is a quasi governmental enterprise that provides health insurance as part of a total employee compensation package that is set to coincide with just the sixtieth percentile of compensation packages offered by employers within its Washington, D.C. metropolitan area market.

Using what benefit consultants Aon Hewitt take to be a reasonable medical inflation rate of 8% per year, by 2018, Fairfax Water’s per employee contribution will be $13,450 for self only, and $33,400 per employee for family coverage.

Under the ACA’s Section 9001, sponsors of self-funded group health plans, such as Fairfax Water, will be assessed an excise tax of 40% of the contributions paid on behalf of employees to the extent that they exceed the statutory threshold, which, for 2018, is $10,200 for self-only, and $27,500 for family coverage. Thus, for that year alone, Fairfax Water, with something under 400 employees, would have to pay the Federal Government an excise “tax” of $60,440, for the privilege of providing its employees with a health care plan.

From there it gets much worse, very fast. While outside benefit consulting firms consider 8% per year to be a reasonable rate for expected health care cost inflation, the ACA indexes its excise tax threshold to a Consumer Price Index-based medical inflation rate of around 2%. Thus, by 2028 Fairfax Water would have to pay the Federal Government almost seven million dollars in excise taxes for the privilege of continuing its employee health insurance plan. That’s the amount you get when you take the ACA’s threshold for applying the excise tax for individual and self only plans, multiply it by the number of employees in each category, compound the total at the ACA’s proposed 2% health care inflation rate over the next 14 years, which gives you the amount of the employer’s exempted contributions, and subtract that amount from the plan’s likely actual costs, calculated by taking present per employee costs, multiplied by the number of employees in each insurance category, compounding that sum at the realistically expected 8% health care inflation rate over the next 14 years, and multiplying that result by the tax’s 40% rate. The estimate for Fairfax County Government with a work force of around 11,000 would amount to

something like 22 million dollars. Obviously, few if any employers could or would be able to assume such a burden in order to keep offering their employees health care benefits.

Under Section 4980H of the Internal Revenue Code, employers with more than 30 employees who provide no health care insurance benefits at all, merely pay the Government $2,000 for each employee in excess of 30. Obviously, this creates a huge incentive for employers currently providing health care benefits to discontinue their plans; an incentive few employers could resist.

While it is very difficult to understand why there are plans currently offered on the ACA’s Federal Exchange for Fairfax County with premiums actually higher than those paid by Fairfax Water for its plan, which is about to be classified as “Cadillac,” there is, supposedly, a rationale for imposition of the excise tax penalty on “overly generous” plans. It is thought that such plans discourage restraint and the application of economies, thereby contributing to escalating health care costs. If that is the case, however, the excise tax as presently constructed is a very blunt and imperfect instrument for achieving that purpose and the ACA’s aim is very wide of its mark.

The reason is that the premiums paid, the cost of a plan, is a very poor proxy for the benefits provided under the plan. If the purpose is to restrain plans that provide overly generous benefits, “Cadillac” benefits, determining whether a plan is or is not a “Cadillac” plan by how much it costs is something like trying to summon an elevator to a hotel lobby by breaking the glass and moving the counter that shows what floor the elevator is on. The two things are just not connected in that way.

Costs of things, particularly medical care, vary widely from place to place across the Country, generally being much higher in major metropolitan areas, such as Washington, D.C. Therefore, what might buy you a “Cadillac” plan in one part of the Country may purchase only modest coverage in another. Yet, the ACA takes no account of this rather obvious fact, in setting the excise tax penalty and applies its punitive tax based on how much the plan costs, not on what benefits it provides. This is especially odd, when you consider that policies on the ACA’s own exchanges are themselves priced based upon the locality in which the insured resides, recognizing at least in that context, that health care costs vary widely from place to place within the Country.

By using this too crude measure of plan costs as a surrogate for “excessive” plan benefits, the ACA inevitably pulls into the maw of its “Cadillac” tax provision not only what might be a generous plan in one geographic area, but far more modest plans in areas where medical care costs, and therefore premiums, are higher. Once there, all such plans are fated for extinction in accordance with Chief Justice John Marshall’s famous dictum, “the power to tax involves the power to destroy.”

It is hoped that there might at least be general agreement that the ACA should not destroy any more existing health care plans than is necessary to achieve its stated purposes. Those stated purposes include eliminating from the individual market, insurance policies that lack certain coverages and are therefore deemed to be “substandard” and eliminating from the employer sponsored market, policies characterized as overly generous or “Cadillac,” which are said to foster waste and inefficiency. But why should the ACA, as it is presently slated to do, also eliminate from the employer sponsored market, plans that are not overly generous or “Cadillac,” but just expensive because they operate in a high health care cost metropolitan area?

Based on the assumption that the intended purpose of the ACA is to make health care insurance universally available and affordable and not to needlessly eliminate plans that are liked by their participants, I have proposed a modest adjustment to the ACA. This would require an amendment to relate the statutory threshold for the “Cadillac” tax to health care costs by plan locality. The concept ought to be one already familiar to the Congress. Indeed, the entire federal workforce covered by the civil service system receives as part of its compensation a locality pay adjustment to account for differences in the cost of living in various parts of the Country.

This is, as I say, a “modest” rather than an optimal approach to address this particular outcome of the ACA as presently constituted. The ACA’s unrealistic expectations for health care inflation could also use another look. The objective, however, is to provide some relief while causing as little damage to the ACA itself, as possible, in the hope of obviating the necessity for a contentious reexamination of more fundamental questions, including the ACA’s soundness as public policy and whether it in fact helps more people than it harms.

Supervisors, which voted unanimously to give it continuing attention. The proposal is also contained in a letter from the Fairfax County Water Authority to Virginia’s U.S. Senator Tim Kaine, who has stated that he is open to considering such changes.

Whether an amendment to the ACA to gear the “Cadillac” tax to local health care cost realities can actually be achieved is presently unknown. What is certain, however, is that left unchecked, the “Cadillac” tax provision will proceed like Pac-Man to gobble up every worthwhile plan in the employer sponsored health care insurance market, without any real regard for whether or not those plans provide benefits that are “excessive,” or contribute in any way to health care cost inflation.