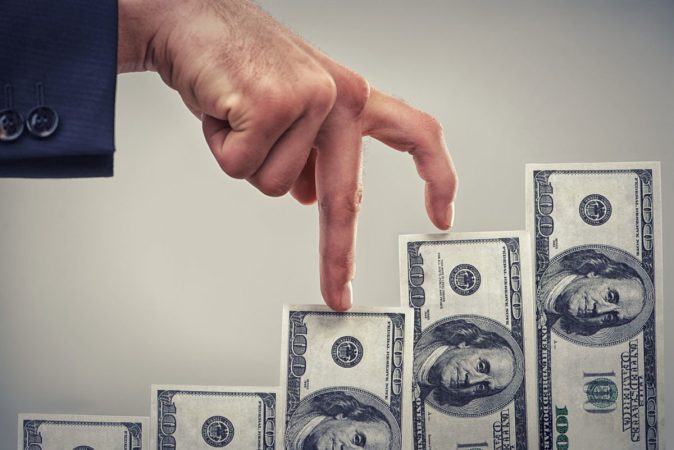 One quarter into the new fiscal year, despite the ongoing COVID-19 recession, Virginia state government is blowing the roof off its revenue estimates. The reason is tax increases Governor Ralph Northam has signed. Secretary of Finance Aubrey Layne recently reviewed the July through September 2020 results with state legislators, offering his standard slide presentation. Compared to the year before – before COVID — the state’s total General Fund revenue was up 9.9%, sales tax revenue was up 7.5%, corporate income tax receipts up 36% and estimated individual tax payments (those not withheld from paychecks) up 59%.

Now more tax increases are being proposed for the 2021 General Assembly. The Transportation and Climate Initiative in particular is a new carbon tax on gasoline and diesel. The proposal to restore a state inheritance tax on large estates is back. Virginia’s leading progressive group is actually hiring a “revenue campaign manager” to lead the 2021 and 2022 fight “to secure expanded progressive revenue options.” The tax changes already in place will see our revenue “progress” quickly.

In the early days of the COVID pandemic, just as the ink dried on a new state budget, Northam and Layne wisely assumed a major drop in revenue and froze large parts of the budget. The adjusted forecast for the fiscal year that began July 1 was based on a projected drop in revenue from last year of 1.8%. So far, the opposite has happened.

Yes, Northam was less strict in shutting down the state’s economy than some of his fellow governors and Virginia’s economic sugar daddy – Uncle Sam – has kept paychecks and contracts flowing. But three tax increases passed and signed in 2019 and 2020 have made the biggest difference.

Federal Conformity: Two years ago, it was clear the federal Tax Cuts and Jobs Act, with its restrictions on tax deductions and other preferences, would create a bonanza of state revenue, perhaps $4.5 billion over six years. These were estimates provided by the state’s own consultants, and the Northam Administration was not interested in giving that back. It conformed Virginia law to the various federal rule changes but made no adjustment to tax rates to compensate.

The 2019 General Assembly authorized a small, one-time tax rebate for individuals, paid out just in time for the 2019 elections. It also tweaked Virginia’s standard deduction. But at best about one-third of the conformity tax harvest was returned to taxpayers, with close to $3 billion over six years retained. You are now seeing that in the various income tax categories.

The General Assembly also voted to impose a wealth tax through what is called the Pease Limitation. That cap on deductions was waived for 2018 and restored in 2019, in time to fatten coffers during the recession. That added to the non-withholding tax growth.

Virginia grabbed every dollar created by conformity to the federal changes on corporate taxes, partly behind the 36% jump in that levy last quarter. The Thomas Jefferson Institute’s 2019 proposal to reduce corporate rates and forestall that received bipartisan dismissal.

Internet Sales Taxes: The 2019 General Assembly expanded Virginia’s sales and use tax to cover most online retail transactions, following a Supreme Court decision involving the retailer Wayfair. The tax policy was sound and also had bipartisan support, and Secretary Layne has been open in attributing the stability and even growth in sales tax revenue to that change. He’s right.

Transportation Taxes: It was the 2020 General Assembly that imposed the transportation tax increases, again in bipartisan votes. The basic statewide fuel tax went up 5 cents a gallon, but in many parts of the state a supplemental regional tax increase added another 7.6 cents. Diesel saw comparable changes, and a new Highway User Fee was imposed to extract revenue from high mileage, electric and hybrid vehicles.

These changes were not enough to overcome the impact of the COVID recession on driving in the spring and summer, but vehicle usage is coming back strong. September 2020’s fuel tax revenue of $96 million was up 19% from the year before. The Wayfair sales tax is also increasing the sales tax dollars dedicated to transportation. Overall 1Q transportation revenue was up 2.3% over the previous year, not down.

Those three were not the only tax hikes of the Northam years. Tobacco, vaping and gaming taxes also rose. They may not be the last of the Northam tax hikes. But those three have kept state government in the black.

«
The War on Asians, the Death of Meritocracy, and the Assault on STEM»
Virginia’s New Political Landscape