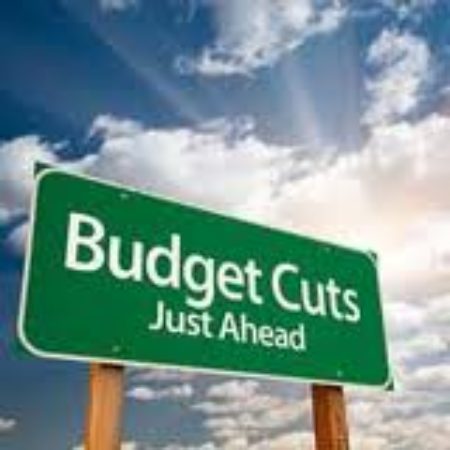 For a moment, let’s accept President Obama’s recent statement on its face value: “the private sector is doing fine. Where we’re seeing weaknesses in our economy have to do with state and local government, oftentimes cuts initiated by, you know, governors or mayors who are not getting the kind of help that they have in the past from the federal government and who don’t have the same kind of flexibility of the federal government in dealing with fewer revenues coming in.”

This begs some important questions, such as why are state and local governments weak, and why aren’t they getting help from the federal government?

First and foremost, the federal government is in no position to help. It is running a $1.3 trillion deficit and a $15.7 trillion national debt. And it already did “help.” Despite talk of shovel-ready projects and infrastructure spending, much of the $787 billion “stimulus” actually went to states and localities to simply prop up their budgets, but that one-shot money was used as a stop gap, rather than for longer term structural reform.

Like their federal counterpart, states and localities are paying the price of years of profligate spending. Extravagant spending on programs that are neither the core mission of government nor “inherently governmental” nature is now coming home to roost.

For too many years, government at all levels has failed to apply the “Yellow Pages Test”. That is a simple process of getting government out of activities and lines of business that are commercial in nature and otherwise available from private enterprise – businesses on Main Street USA and listed in the yellow pages of the phone book. When governments opt to conduct these activities in-house-with the lavish pay and retirement benefits for public employees that do the work-then they are taking away economic opportunities for the private sector and making government unnecessarily bigger than it needs to be.

The federal government has approximately 2 million employees (excluding men and women in military uniform, or the Postal Service). Of that workforce, the inventories prepared by agencies pursuant to the Federal Activities Inventory reform (FAIR) Act, Public Law 105-270 show that more than 850,000 are in positions that are commercial in nature – e.g., Yellow Pages jobs. Few of these jobs have ever been studied for private sector performance, despite explicit federal policy directives in place since the Eisenhower Administration. Subjecting these positions to a public-private competition would save an estimated $27 billion a year, even if they stay inside the government.

Recent studies have shown federal compensation exceeds counterpart pay in the private sector. The Heritage Foundation estimates parity would save another $47 billion. Americans for Tax Reform estimates that during the career of each federal employee, $4.27 million will be paid out in salary and benefits. The federal payroll is growing, not shrinking, in part due to an Obama Administration initiative called “insourcing” – canceling contracts with private companies, bringing the work back into the government, and converting private enterprise workers into government employees.

An excess of government workers is not uniquely a federal problem. Years of over-employment by states and localities have left these governments with an unfunded pension liability of up to $3 trillion, according to the Congressional Budget Office. And like Uncle Sam, the 50 states, 3,100 counties and 7,900 cities, towns, and villages are in dire straits because they are engaged in activities they had no “business” getting into in the first place. Here are just a few examples:

Similar examples abound. Government employees are making maps, designing roads, managing web sites, writing software, serving meals, mowing lawns, painting walls, washing clothes, and doing thousands of other tasks that have little to do with governing. The government is the nation’s largest banker, insurer, homeowner, landlord, utility provider, as well as bus, transit, and passenger train operator. Despite much lip service paid by policymakers to the benefits of private, competitive enterprise, the Yellow Pages Test is largely ignored in practice.

Contrast this with Sandy Springs, Georgia, an Atlanta suburb of 94,000 residents and a public payroll of seven employees. The New York Timesrecently noted, “With public employee unions under attack in states like Wisconsin, and with cities across the country looking to trim budgets, behold a town built almost entirely on a series of public-private partnerships – a system that leaders around here refer to, simply, as “the model.” Cities have dabbled for years with privatization, but few have taken the idea as far as Sandy Springs. Since the day it incorporated, Dec. 1, 2005, it has handed off to private enterprise just about every service that can be evaluated through metrics and inked into a contract.”

Sandy Springs proves that many functions in government can be handled effectively by the private sector, a lesson policymakers at all levels should learn from. Further, it should concern every American taxpayer that all states, counties and cities receive federal funds, so their failure to prioritize-and limit government to core, inherently governmental activities-is rewarded, indeed subsidized, by the Feds.

As Reason Foundation has longrecommended, government at every level should conduct a current, accurate inventory of its real property assets, and sell those that are luxuries rather than necessities. This will not only generate revenue, but eliminate future operating expenditures. All governments should also carry out a commercial activities inventory and apply the Yellow Pages Test, or the Sandy Springs Test, across their agencies to identify non-core activities undertaken by public employees that are commercial in nature, and thus, could be subject to private sector competition to lower costs.

Such reviews of assets and services would amount to a healthy spring cleaning to help streamline and right-size government to fit the “new normal” of fiscal restraint. If this is done, then the private sector, state and local government, and taxpayers would have a much better chance of “doing fine”.

John Palatiello lives in Fairfax County and is the President of the Business Coalition for Fair Competition.
Email this author

Leonard Gilroy is director of government reform at Reason Foundation and Senior Fellow on Government Reform with the Thomas Jefferson Institute for Public Policy in Virginia.