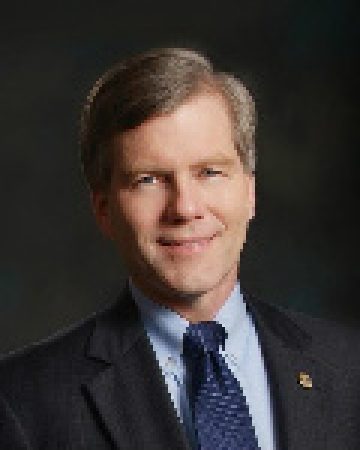 Conventional political wisdom says Republicans are not interested in the environment. After four years as Governor, a look at Bob McDonnell’s environmental record might suggest otherwise.

When I was selected for the job, Governor McDonnell outlined several priorities for Natural Resources. First, he wanted to continue our efforts to improve the health of the Chesapeake Bay and improve Virginia’s air quality. Second, he wanted to keep his land conservation commitment. Third, the Governor wanted to make Virginia the energy capitol of the East Coast. And finally, he wanted to make government smaller and more efficient through government reform efforts.

Let’s look at some environmental factors to see how we did.

Improving the health of Virginia waters and the Chesapeake Bay has been a top priority of successive Governors for 30 years. Bob McDonnell has left his mark on this priority by contributing over $460 million in assistance to urban, rural, and agricultural communities to improve waste water treatment facilities, implement nutrient reduction strategies on agricultural and forest lands, and create certified nutrient trading markets. As a result Virginia exceeded our commitments to the Chesapeake Bay agreement and reduced nitrogen pollution by 11.1%, phosphorus pollution by 7.7%, and sediment pollution by 6.9%. Even the EPA recognized our accomplishments by giving us their “Biggest Loser Award”.

Virginia’s waters are cleaner because of the efforts of Bob McDonnell.

There has been a 92% reduction in ozone statewide in the last 4 years making 2013 was the best year on record for clean air setting a record for the fewest number of days (2) that did not meet the current ozone standard.  In the same period, major power plants reduced emissions of sulfur dioxide by 66%, nitrogen dioxide by 43%, and carbon dioxide (which is not a pollutant) by 27%.

Virginia’s air is cleaner because of the efforts of Bob McDonnell.

Oyster populations have grown substantially resulting in 60% greater harvests and dock values of more than $16.2 million. The blue crab population reached its highest level in 20 years in 2012, with the total population in the Chesapeake Bay reaching 764 million. This was a 66 percent increase above the 2011 abundance level.

Virginia’s wildlife populations were healthier and more abundant under Bob McDonnell and hunters, watermen, and sea food lovers are better off.

By the end of the McDonnell administration, more than 230,000 additional acres had been protected. We supported private conservation efforts and added lands for state parks, wildlife management areas, state forests, natural heritage areas and Civil War battlefields. The national Civil War Trust has said Governor McDonnell did more for battlefield protection than any Governor in the country. We have permanently protected historically significant Werowocomoco, Chief Powhatan’s village, and opened Virginia’s 36th State Park.

Landscapes have been protected by Bob McDonnell.

While promoting a truly “all of the above” energy strategy, Governor McDonnell worked to expand the development of onshore and offshore wind energy, increased use of renewable biomass, and facilitated the conversion of elements of the state vehicle fleet to alternative fuels. We held the second in the nation offshore commercial wind energy lease sale. We supported coal country, the nuclear industry, and completed a comprehensive study on mining uranium. We fought federal regulation of hydraulic fracturing, and worked to open Virginia’s outer continental shelf to energy development.

Virginia is the energy capital of the east coast.

«
EMS as Competitive Economic Advantage»
Medical Care for the Needy