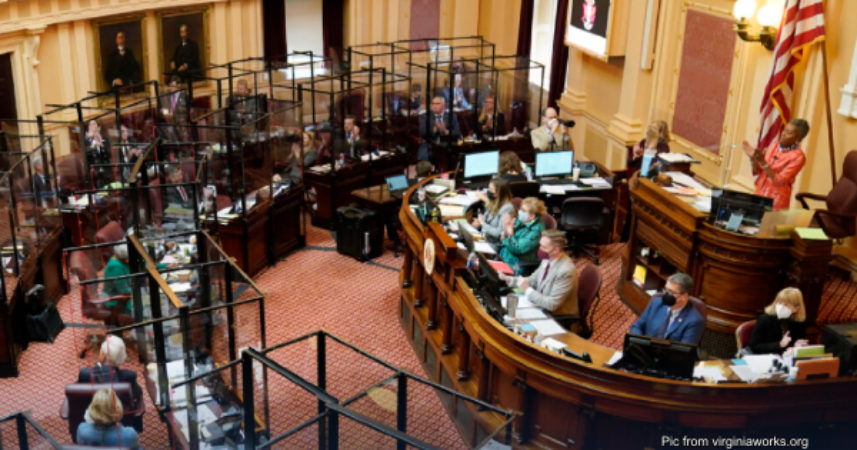 As a handful of localities push to give government unions a monopoly over public employee contracts, lawmakers in Richmond are looking to protect public employees around the state.

The legislation is in response to troubling provisions that have emerged in some county and school district ordinances that are harmful to public employees and taxpayers. Last May, a new law went into effect that allowed localities to pass ordinances giving government unions a monopoly on contracts for public employees.

Here are more specifics on the three bills:

HB 341 makes sure that public employees are aware that they have a First Amendment right to choose whether or not to join and pay a union.

It prevents unions from imposing arbitrary windows during which public employees can opt out of the union and stop paying. Several local ordinances include language that allow unions to trap public employees into paying union dues for up to a year.

There have been several examples on the West Coast of unions forging workers’ consent then collecting dues from them.

Finally, the bill makes sure that ­– if a public employee agrees to pay union dues – they are not locked in forever. HB 341 gives public employees the ability to decide annually if they want to continue to pay dues.

HB 336 ensures that, if a union has a monopoly to represent all public employees on a job, they have support from a majority of those employees.

In many states, a union card becomes an heirloom. Once a union is certified to represent workers, they never have another opportunity to vote on the union at their workplace. In Michigan’s 10 largest school districts only 1 percent of teachers were working when the union organized their school. 75 precent were not even alive when the union came in – let alone working or having the ability to vote for or against the union.

HB 336 prevents that from happening and gives public employees the ability to have a secret ballot vote on the union at their workplace.

HB 337 protects taxpayers from having to pay for union work. Local collective bargaining ordinances currently allow for a process called release time wherein a public employee can do union work – in some cases, full-time – and still keep their taxpayer funded salary.

The release time prohibition in the bill ensures that, if public employees are being compensated, they are doing their job, not union work.

One study from the Yankee Institute in Connecticut estimated in that state “taxpayers subsidized state employee unions with 121,000 hours of paid time off [in FY 2015], costing $4.1 million”

If a public employee wants to do union work, they are still free to take vacation time or work unpaid. The union is also free to compensate them for their time.

HB 337 also requires unions to reimburse a public employer fair market value for the use of employer resources such as office equipment or space.

For more information on these concepts, see the Securing Workplace Freedom and Rights: Ideas for the New General Assembly in the Jefferson Policy Journal and  Virginia Collective Bargaining: Recommendations and models for local collective bargaining in Virginia.