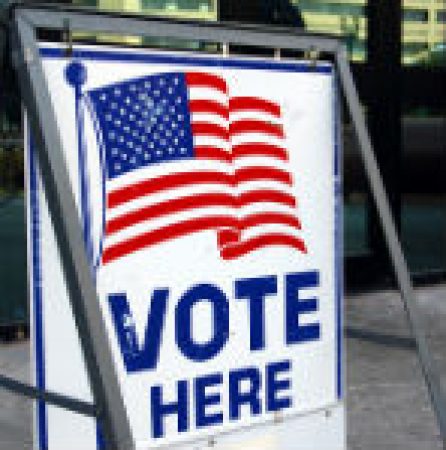 It’s hard to dissect a battle while the smoke is still clearing, but the June 11 Virginia primaries demonstrated again the state’s continued and steady move away from its conservative past.  It was not a Great Leap Forward for the progressive elements of the Democratic party, but where they didn’t win, they applied some serious heat.

Case in point, Senator Minority Leader and ultimate inside player Richard Saslaw of Fairfax, who only survived because the 51 percent of voters who rejected him had two liberal choices and split their votes.  Case in point, former and once-disgraced delegate Joe Morrissey, who defeated long-time incumbent Senator Rosalyn Dance for the seat stretching between Richmond and Petersburg.  Dance is no conservative but has proven willing to work across the aisle.

Morrissey’s comeback, focusing on a fairly classic time-for-a-change theme, demonstrates another key point.  Democrats are more forgiving of various political sins and always have been.  If they can forgive Morrissey, why should any Republican be surprised that the scandals surrounding Governor Ralph Northam, Lt. Governor Justin Fairfax and Attorney General Mark Herring haven’t destroyed them?

Primaries are about partisans and the general electorate in November will be swelled by moderates and independents, but no GOP strategist can assume a Democratic turnout depressed by those embarrassed statewide leaders.  Northam in particular is back in position at the head of that parade.

Republicans watch in amazement time after time as Democrats suture up their coalition in time for the general election, but never seem to learn the lesson on display.

Political parties are built from the ground up.  Future governor Jim Gilmore entered the game more than 30 years ago by winning as commonwealth’s attorney of Henrico County, once solid Republican territory.  Do we see the future now in either of the two very liberal Democrats nominated for that same job in Fairfax County and Arlington County?  George Soros and other national Democratic donors clearly do, having poured unprecedented funding onto both campaigns, enough to raise eyebrows at The Washington Post.

In several other instances around the state (but not all), the Democrat with the more-liberal reputation or message prevailed in a contested primary, and no Democrat won touting their cooperation with Republicans or support from business.  With Saslaw’s near escape and Dance’s defeat, and the other signals from around the state, it is hard to imagine any Democrat in Virginia’s population centers campaigning as pro-business.  One business in particular, Dominion Virginia Energy, is likely to remain a popular target.

The opposite trend was demonstrated in several, but not all, Republican contests, with the more conservative reputation prevailing.  But the broad business issue that dominated in some key races – Medicaid expansion — was supported by the broad health care industry and their allies and opposed by base GOP voters.

Senate Finance Committee co-chair Emmett Hanger of Augusta County held on against a challenger upset over his support for Medicaid expansion, but less-well-entrenched Delegate Bob Thomas of Fredericksburg lost to a challenger in part on the same issue.  Delegate Chris Peace of Hanover County, who will or won’t be on the ballot in November depending on internal party arguments still underway, also lost his way with the GOP base on that issue.

Thomas’ 28th District along the Fredericksburg to Quantico stretch of Interstate 95 will be a battleground in the effort to maintain the narrow 51-seat Republican majority in the House.  Now the GOP loses the advantage of running an incumbent in that very competitive district.  Open seats all around the state will be the key in both chambers in November, many of them competitive districts.  With no incumbent bragging about seniority or delivered bacon, voters focus on ideology and specific campaign promises.

The 17 open seats will test and perhaps finally prove the theory that Virginia is now a more liberal and solidly Democratic state, fully blue, not merely purple.

Two Democratic delegates who rode the 2017 wave to carry Republican leaning districts are seeking to move up to the Senate, one in Virginia Beach and one in the Richmond area.  The seats they leave open will need to return to the Republican column for that party to hold its majority into the next session.

A few more of the 2017 wave seats are also crucial to that goal, because a new court-ordered district map will add several Democrats elsewhere.  Republicans have 42 incumbents on the ballot (43, if Peace gets there) and Democrats have 44.

Three Senate seats opened by GOP departures are the only path to the Republicans continuing to hold their 21-seat Senate majority.  The Democrats have 18 incumbents (Saslaw included) seeking re-election, none of them seriously challenged.  Morrissey is unopposed, as well.  The Republicans have 18 incumbents (Hanger included) seeking re-election, but with several of them seriously challenged.

That leaves the Democrats free to concentrate money and labor on the two open GOP seats, with Republicans needing to spread their efforts and energy.  If the best defense is a good offense, it works even better if the other team has zero offense.

The two open seats, Loudoun-based Senate 13 and Virginia Beach’s Senate 7 voted strongly for Tim Kaine over Corey Stewart, comfortably for Governor Ralph Northam, and were at best competitive in the higher-turnout 2016 presidential contest.  They can no longer be classified as safe Republican.

They were middle-class center-right suburban territory that shifted toward Republicans 40 years ago and built the reputation of a young Larry Sabato as a political sage.  Sabato (and the rest of us) have aged, those suburbs have changed, and now once again they will determine Virginia’s political fate.  That much at least has not changed:  as go Virginia Beach, Henrico County, Prince William County, so goes Virginia.

«
Want More Affordable Housing? Try Free Markets»
Is the U.S. Economy Slowing Down? Are We Headed for a Recession?