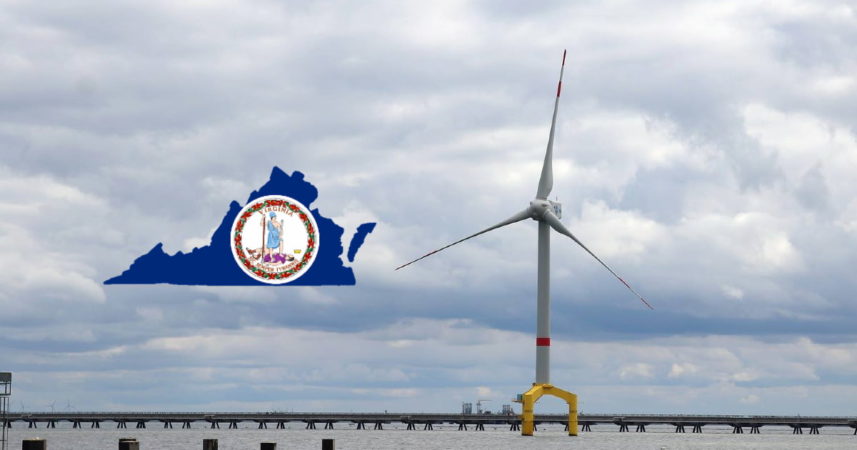 Despite Dominion Energy Virginia’s complaints that the Virginia State Corporation Commission has exceeded its authority, a legal analysis provided by the Thomas Jefferson Institute for Public Policy finds that the SCC’s proposed performance standard for an offshore wind project is proper.

The analysis was provided by Institute Senior Fellow Dr. David W. Schnare, an attorney and scientist with long regulatory and litigation experience.

The SCC has approved Dominion’s application for permission to build the $10 billion, 176-turbine Coastal Virginia Offshore Wind project but added a condition the utility is opposing. It would protect the utility’s customers from paying any additional costs that result from the project failing to meet is promised power output. The target would be an average capacity factor of 42% over three year periods.

Dominion has asked the SCC to reconsider the performance standard and potential financial penalty, and the SCC is accepting additional legal briefs from the parties to the case. Virginia Attorney General Jason Miyares (R) and several environmental organizations proposed the performance standard which the Commission adopted, which was more stringent than its own staff had proposed.

Comments from other interested parties are also being accepted into the record. The author of these comments from the Suburban Virginia Republican Coalition, Collister Johnson, is also an attorney but his document is not in a legal format.

The Virginia General Assembly passed legislation in 2020 that was intended to spur construction of the project and directed the SCC to find it “reasonable and prudent” if the cost was no higher than a specific levelized cost of energy (see here, paragraph C.1.) Only one of the three conditions set by the Assembly in that provision involved the cost of the project or of the energy it produces.

In his submission for the Thomas Jefferson Institute, Schnare writes:

…the Commission retains the authority to balance the risks and may do so through the lens of some form of a performance guarantee. When its investors, through filings of VEPCO, make the claim that the average annual turbine availability of the Project will equal or exceed 97% or the Project’s net capacity factor will exceed 37% on a three-year rolling average basis, they establish an expectation that the costs associated with meeting those performance levels are both reasonable and prudent…

Nothing in 1:11 C.1 limits the SCC from considering additional, rational, conditions when determining whether the cost recovery request is “otherwise” unreasonable and imprudent.

In its Final Order, the Commission found that “[t]he lifetime revenue requirement and levelized cost of energy estimates presented by the Company are based on a projection that CVOW, once in operation, will achieve a net 42% capacity factor.”[i] (Emphasis added.) Indeed, VEPCO does not retreat from its expectation that the Project will achieve an average annual net capacity factor of 42% over the 30-year life of the Project.”[ii] (Emphasis in the original.)

VEPCO wants the Commission to ignore the predictions it made, ignore the duty to base its “just and reasonable” determination on what can “reasonably be predicted to occur,” and instead adopt an agreement (stipulation) made by some, but not all interested parties, and by no one representing the customers.

The ongoing capacity factor is only one element in calculating an ongoing levelized cost of energy, but it is the main one. Most of the other elements are the upfront construction costs and the maintenance costs over time, and any tax credits the utility reaps. The capacity factor, which will be dependent mainly upon the weather and long term reliability of the turbines, is the big variable, unknown looking out 30 years.

And Schnare certainly knows his business. An attorney and scientist with 33 years of federal and private sector experience, he was formerly the nation’s chief regulatory analyst for the Small Business Administration’s Office of Advocacy, with experience on Congressional staff, as a trial lawyer with the Department of Justice and the Office of the Virginia Attorney General, and as senior enforcement counsel at the U.S. Environmental Protection Agency.

Although Schnare did not say so, we believe if the utility would prefer to calculate and certify the entire levelized cost of energy every three years and make up the difference if the entire LCOE falls below the statutory target, the SCC could consider doing it that way instead.

Stephen D. Haner is Senior Fellow with the Thomas Jefferson Institute for Public Policy. He may be reached at steve@thomasjeffersoninst.org.