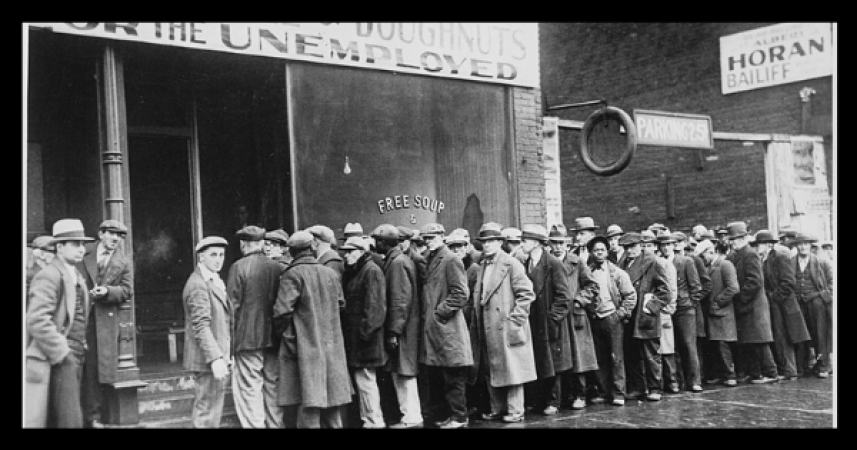 Is US Economy Headed Toward a Depression? No, but a Recession is Likely

With so much uncertainty surrounding the COVID-19 crisis, it is difficult to predict how the economy will fair for the remainder of the year.

Many economists have been looking for a drop in real gross domestic product — the monetary value of all final goods and services produced — to the tune of 14% to 40% on an annualized basis in the second quarter.

Economists also predict the unemployment rate could be in double digits. (The rate jumped to 4.4% in March from 3.5% in February, matching a 50-year low.)
Given those dramatic declines, could this downturn be classified as a depression?

The question is understandable. Real GDP fell 27% during the Great Depression from 1929 through 1933 and the unemployment rate peaked at 25%.

The prediction that GDP would decline 14% to 40% in the second quarter is misleading because the drop is figured on an annualized basis to show how much the contraction would be if it were sustained for an entire year.

A 14% decline in GDP on an annualized basis translates into a 3.3% drop in output for that quarter.

The upcoming downturn in the second and third quarter of this year is expected to be sharp but short.

That is a sharp contrast to the Great Depression when the economy contracted for 43 months.

While the U.S. economy is not expected to go into a depression, a two-quarter recession starting in the second quarter of this year is more likely.

The economic contraction that is expected this year is the result of a pandemic crisis rather than economic weakness or imbalances that usually precede recessions. Afterall, the U.S. economic output had grown without interruption for a record 10½ years.

Federal Reserve Chairman Jerome Powell, who was interviewed on NBC’s “Today” show the day after the U.S. Senate passed a $2 trillion pandemic relief bill, acknowledged that the economy “may well be” in a recession. But he said that this is a unique downturn.

“There is nothing fundamentally wrong with our economy,” he said.

Another reason that this recession will not be as bad as the Great Depression is the various government programs implemented after it.

For example, the unemployment insurance program provides basic income for out-of-work individuals so that they can still maintain a certain level of consumption, thus blunting the sharp reduction of income from being unemployed, and preventing the economy from going into a free fall like what happened during the Great Depression.

In addition, the relief program recently enacted puts more money into the hands of consumers and businesses, further stabilizing the economy.

All economic forecasts rely on assumptions.

The great uncertainty over the spread of COVID-19 and the timeline for when the epidemic might wane is creating greater divergence than usual among economic forecasters.
The one factor that is consistent in all forecasts is that the downturn related to COVID-19 will end — some forecasts say as soon as the third quarter — and will result in a rebound in growth.
A version of this commentary originally appeared in the April 5, 2020 edition of The Richmond Times-Dispatch.

«
Jefferson Journal: The Revolution Has Been Postponed, Not Cancelled»
Arlington Schools Shut Down New Learning