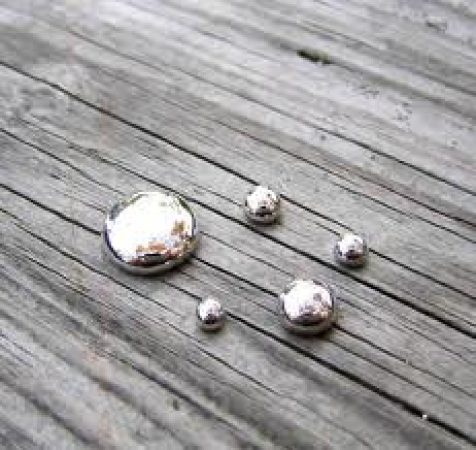 EPA mercury rules for electricity generating units are based on false science and economics.

The Environmental Protection Agency clams its “final proposed” Maximum Achievable Control Technology (MACT) rules will eliminate toxic pollution from electrical generating units, bring up to $140 billion in annual health benefits, and prevent thousands of premature deaths yearly – all for “only” $11 billion a year in compliance costs.

This may be true in the virtual reality of EPA computer models, linear extrapolations, cherry-picked health studies and statistics, government press releases and agency-generated public comments. However, in the real world inhabited by families, employers and other energy users, the new rules will bring few benefits, but will impose extensive costs that the agency chose to minimize or ignore in its analysis.

Emissions of mercury and other air toxics from power plants have been declining steadily for decades, as older generating units have been replaced with more efficient, less polluting systems or retrofitted with better pollution control technologies. While a few older plants still violate EPA’s draconian proposed rules – the new rules are not based on credible scientific and epidemiological studies.

As independent natural scientist Dr. Willie Soon and CFACT policy advisor Paul Driessen pointed out in their Wall Street Journal and Investor’s Business Daily articles, and in Dr. Soon’s 85-page critique of EPA’s draft rules, US power plants account for only 0.5% of the mercury in US air. Thus, even if EPA’s new rules eventually do eliminate 90% of mercury from power plant emission streams, that’s still only 90% of 0.5% – ie, almost zero benefit. The rest of the mercury in US air comes from natural and foreign sources, such as forest fires, Chinese power plants and the cremation of human remains (from tooth fillings that contain mercury and silver).
EPA fails to recognize that mercury is abundant in the earth’s crust. It is absorbed by trees through their roots – and released into the atmosphere when the trees are burned in forest fires, fireplaces and wood-burning stoves. In fact, US forest fires annually emit as much mercury as all US coal-burning electrical power plants. Mercury and other “pollutants” are also released by geysers, volcanoes and subsea vents, which tap directly into subsurface rock formations containing these substances.

The agency compounds these errors by claiming fish contain dangerous levels of mercury that threatens the health and mental acuity of babies and children. In making this claim, the agency commits four more grievous errors. First, it ignores the fact that selenium in fish tissue is strongly attracted to mercury molecules and thus protects people against buildups of methyl mercury, mercury’s more toxic form.

Second, EPA based its toxicity claims on a study of Faroe Islanders, who eat few fruits and vegetables, but feast on pilot whale meat and blubber that is high in mercury and polychlorinated biphenyls (PCBs) – but very low in selenium. Third, it ignored a 17-year Seychelles Islands evaluation, which found “no measurable cognitive or behavioral effects” in children who eat five to twelve servings of fish per week.

Fourth, it used computer models to generate linear extrapolations from known or assumed toxic levels down to much lower levels. Not only is this method contrary to sound science and epidemiology; it resulted in politicized “safety” levels that are twice as restrictive as Canadian and World Health Organization mercury standards, three times more restrictive than US Agency for Toxic Substances and Disease Registry, and four times tougher than US Food and Drug Administration recommendations. Simply put, EPA grossly exaggerated the health benefits of its proposed mercury rules – and then claimed additional mercury benefits based on double counting of reductions in particulate matter. It also ignored the adverse effects that its rules will inflict. Not only is EPA’s anti-mercury campaign scaring mothers and children into not eating nutritious fish that is rich in Omega-3 fatty acids. It is also raising electricity heating, air conditioning and food costs, impairing electrical reliability, costing jobs, and thereby harming the health and welfare of countless Americans.

Energy analyst Roger Bezdek has calculated that utilities will have to spend $130 billion to retrofit older plants – and another $30 billion a year to operate, maintain and power the energy-intensive pollution control equipment they will be forced to install. While it is true that older power plants are more significant sources of toxic air emissions, those plants are mostly in key manufacturing states that burn coal to generate 48-98% of their electricity. Many utility companies cannot justify those huge costs – and thus plan to close dozens of units, representing tens of thousands of megawatts – enough to electrify tens of millions of homes and small businesses.

Electricity consumers could pay at least 20% more in many states within a few years. According to the Chicago Tribune, Illinois families and businesses will pay 40-60% more. That will severely affect business investment, production and hiring – and family plans to repair cars and homes, save for college and retirement, take vacations, or have health physicals or surgery.

Chicago public schools will have to pay an additional $2.7 million annually for electricity by 2014, says the Tribune. Hospitals, factories and other major electricity users will also be hard hit. Many poor and minority families will find it increasingly hard to afford proper heating and air conditioning. Further job losses and economic stress will lead to further reductions in living standards and nutrition, more foreclosures and homelessness, and additional drug, alcohol, spousal and child abuse.

The very reliability of America’s electricity grid could be at risk, if multiple power plants shut down. Brownouts, blackouts and power interruptions will affect factory production lines, hospital, school, farm and office operations, employment, and the quality of food, products and services.

The impact on people’s health and welfare is patently obvious. But EPA considered none of this.

By advancing President Obama’s goal of shutting down power plants and raising electricity costs, EPA impairs job creation, economic recovery, and public health and welfare. It is intrusive government at its worst.

It is a massive power grab that threatens to give EPA nearly unfettered power over the electrical power we need to support our livelihoods and living standards.

Congress, states, utility companies, affected industries, school districts and hospitals, and families and citizen groups should immediately take action to postpone the MACT rules’ implementation. Otherwise, their harmful impacts will be felt long and hard in states that depend on coal for their electricity.

Craig Rucker co-founded the Committee for a Constructive Tomorrow ( CFACT), serves as its Executive Director, co-host a national radio commentary called “Just the Facts,” on 125 radio stations from coast to coast.

«
The Jefferson Journal: A Blueprint for Virginia»
Region's Economy Could Take Off in a Couple Years