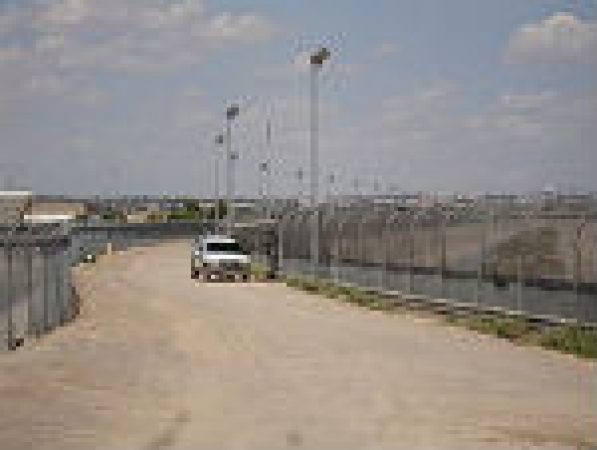 (This article first ran in thehill.com on April 11, 2013.)  Ever since the Virginia Company was founded in Jamestown in 1607, America has been the land of opportunity for generations of immigrants, who often risked everything to strive for their American Dream. America must continue to be a magnet for the best minds in the world to come here for the freedom to compete, innovate and grow our economy.

A recent survey of over 1,100 manufacturing executives by the National Association of Manufacturers’ Manufacturing Institute and Deloitte shows that 67 percent of manufacturing companies face a “moderate to severe” shortage of qualified workers. Four major high-tech companies – IBM, Intel, Microsoft and Oracle – say they have a combined 10,000 job openings in the United States alone. In Congressional testimony, Rick Stephens, senior vice president at Boeing, related that fewer than 5 percent of graduates from American colleges and universities attain engineering degrees, compared with about 20 percent in Asia.

This decade, there is a need in the United States to fill 1.2 million jobs in computing professions that require a bachelor’s degree. But at the current pace American colleges will not matriculate even half the number of American graduates needed to fill those positions. Unfortunately, this skills gap is making it hard for American companies to hire the employees they need to keep innovating, creating more jobs, and growing their businesses in the U.S.

Skilled, foreign professionals are net job creators for the United States. Immigrants with employment-based green cards and H-1B visas in the STEM fields – science, technology, engineering, and applied mathematics disciplines – are not taking jobs from Americans. There are tens of thousands of unfilled jobs in STEM sectors, even while our unemployment numbers are high.
According to the Washington-based American Enterprise Institute, each U.S.-educated advanced degree green card holder creates 2.6 American jobs, and each H-1B visa holder helps create 1.8 American jobs. In places like Silicon Valley and Northern Virginia, Indian and Chinese entrepreneurs account for a disproportionately large share of start-ups and technology-related job creation. By some estimates, about 40 percent of Fortune 500 companies had at least one immigrant founder.
There is a bipartisan solution that is worthy of support. Many tech industry leaders are putting their support behind The Immigration Innovation Act of 2013 (I-Squared), which aims to keep America globally competitive, and a leader in technology and innovation.

According to a report in the San Francisco Chronicle, industry leaders including Facebook founder and CEO Mark Zuckerberg, Hewlett-Packard CEO Meg Whitman, venture capitalist John Doerr, Google executive chairman Eric Schmidt, Cisco CEO John Chambers, Intel CEO Paul Otellini and Yahoo CEO Marissa Mayer are among many others supporting I-Squared. In a joint letter they wrote to President Obama and leaders in Congress they noted that every tech job has the potential to create many other American jobs.

I-Squared would sustain and accelerate the growth of America’s tech industry in a two-pronged fashion. First, it would expand access to H1-B visas for foreign talent. Second, it would increase funding for American students studying for STEM careers. In many places, local schools and students are lagging in STEM achievement and employers are sounding the alarm.
To pay for focused, local STEM education improvements, I-Squared sets aside fees that will be paid by companies that need additional H-1B visas and green cards – without raising taxes. The legislation also includes a mechanism that adjusts the visa cap as economic demands change.

Existing H-1B training and scholarship fees will be increased and dedicated to state-level funding for improved STEM education. That’s good news for innovative enterprises, which will have a larger pool of talented potential employees. Small businesses with fewer than 25 employees will be allowed to pay an H-1B fee at half the level of larger employers.

I-Squared has bipartisan support in both the House and Senate, and there is also broad public support for this initiative. A TechNet poll released on March 14 showed that 77 percent of Americans want increased spending in science technology, engineering and applied mathematics.

Regardless of what transpires with legislative efforts to reform our immigration laws and enforcement, I-Squared is a common sense reform deserving everyone’s support, not just the folks who run our biggest tech firms. We have to sustain America as a magnet for world-class talent, and keep our tech education pathways filled for tomorrow’s opportunities.

George Allen is a former governor and U.S. senator from Virginia. He is president of George Allen Strategies, LLC. Contact George Allen at :http://www.georgeallenstrategies.com/index.php/site/contact/