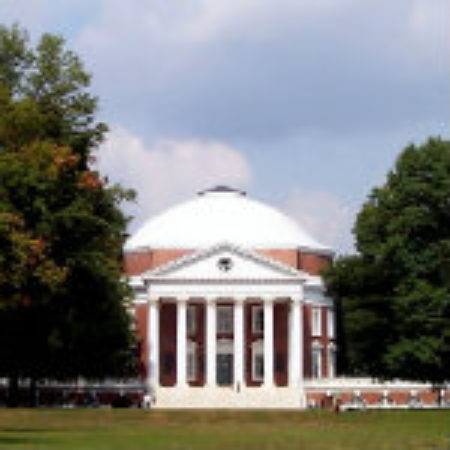 How Virginia Might Build on the Rise of Education Capitalism

The past twenty years have brought significant growth to Northern Virginia and the Tidewater area, but there have been significant costs. The state’s economic portfolio is too heavily weighted toward government spending. No state can call itself diversified when one-fifth of its income comes from a single source. Virginia should study the rise of education capitalism, and develop its own twenty-first century economy.

Like Virginia, the economic picture in the United States is one of stagnant wages and relatively anemic growth. The reason the country is not worse off is that several communities have emerged as education capitals – flagship urban villages that are creating jobs and fast-growing businesses called “gazelles,” attracting venture capital and driving economic growth. The success of these education capitals could lead to an education arms race as the economic benefits of this strategy become increasingly clear.

According to basic economic theory, blue states like Massachusetts and California have dismal fundamentals. They have comparatively higher regulatory environments according to the Mercatus Institute, and higher corporate taxes than the national average (8.84% for CA, and 8% for MA, the national average is 5.2% and six states have no corporate taxes at all). And yet for most of the recent past, California accounts for a quarter of all venture capital investment in the country, and Massachusetts for an additional ten percent.

The reason is a combination of factors bringing together entrepreneurs, capital, and new ideas. And the premiere locus, bar none, for achieving this constellation of factors is the modern research university.

Silicon Valley is anchored by San Jose State, Stanford, and Cal-Berkeley. The famous Route 128 corridor of Massachusetts is fueled by MIT, but there are 60 other higher education institutions contributing to the economic eco-system of the region. Seattle has the University of Washington eco-system. Colorado has CU, Colorado State, and the University of Denver. The University of Texas at Austin most famously housed Michael Dell in its dorms. Chicago is bookended by Northwestern and the University of Chicago. New York has Columbia in Harlem and NYU further south, and a host of other schools in between.

Research Triangle Park (RTP) was one of the earliest adopters of this strategy, and has reaped commensurate rewards. After World War II, North Carolina was one of the poorest states in the country, with a per capita income one-third lower than the national average. Three business leaders – a banker, a textile manufacturer, and a Greensboro builder teamed up with the presidents of NC State, UNC, and Duke, and the Governor of North Carolina to create a public service institution to fund research for government, business, and academic purposes. At first, nothing seemed to happen. Seven years later, in 1965, the National Environmental Health Services Center and IBM both installed facilities at the park. Today, RTP is home to over 170 companies and research organizations, employs over 40,000 people, and the per capita income of the region is $10,000 higher than the national average. Homegrown companies like the software maker SAS International, compete at world-class levels, and world-class companies like IBM and GlaxoSmithKline have important bases of operation there.

Virginia has a very different configuration than North Carolina. The Research Triangle Park is blessed with N.C. State, Duke, UNC, and Wake Forest within 100 miles of each other. Between ODU, William and Mary, Virginia Tech, UVA, VCU, James Madison and George Mason, Virginia certainly has the potential, but it is more decentralized. Virginia should consider education corridors linking these institutions together. For example, if the Route 29 corridor were strengthened and rationalized, it would form a powerful human capital research chain stretching from RTP to the south and Dulles (George Mason University) in the north – perfect for defense tech, information technology, and biotechnology firms. If the Route 58 corridor were strengthened better connecting Virginia Tech to Hampton Roads, southern Virginia could become very interesting for light manufacturing and STEM solution companies interested in global export markets. The I-64 corridor connecting ODU – VCU – UVA, would be a natural medical technology corridor.

As you think about the longer-term integration of Virginia’s education capitals with its logistics grid, some very interesting things start to happen. Danville and Martinsville, Blacksburg and Charlottesville become much more strategic from a business perspective. All the built up knowledge in advanced manufacturing in Appalachia becomes a potential driver for global exports and Hampton Roads becomes a focal point for Virginia’s economy. The hard work of pioneering these concepts has already been done in RTP, Silicon Valley and Route 128. Virginia policy makers only have to study what has worked in other states, appropriate what makes sense here, and then have the patience to watch this strategy mature.

If policy makers want to pursue a proven strategy for creating jobs, generating wealth, attracting venture capital, and retaining young people and young married families, then developing an education capital magnet and education corridors should be in their policy arsenal and a core part of their future economic development strategy.