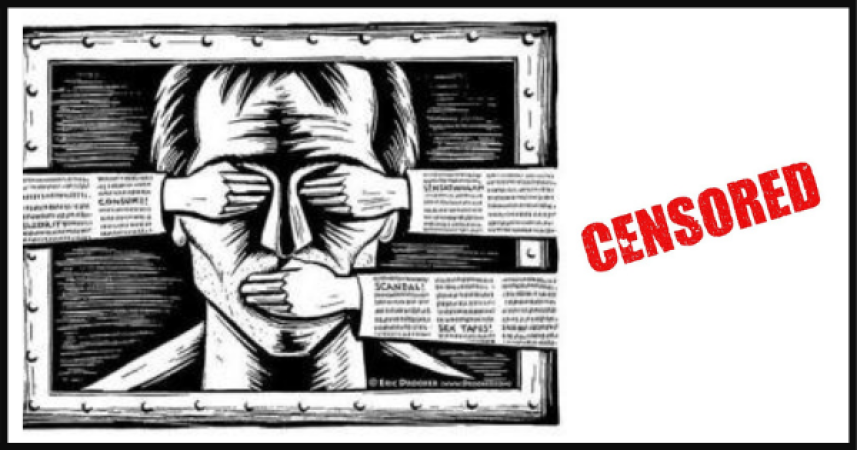 Free Speech Guaranteed — Except When You Disagree with Us

The Loudoun County School Board expects public school employees to conduct themselves in a professional manner. A draft policy for professional conduct contains all the usual things one would expect. Teachers and other employees should treat students and peers with dignity, respect and civility. They should not bully people, consume alcohol or drugs in the workplace, use racial slurs or insults, or engage in inappropriate or sexual relations with students.

But the proposed policy, which the board is scheduled to vote on Oct. 12, contains something extra. It would curtail what school employees can say outside of school. Specifically, it would prohibit anyone from making speeches, social media posts or any other “telephonic or electronic communication” that is “not in alignment with the school division’s commitment to action-oriented equity practices.”

In other words, if you are a public school employee who disagrees with the leftist social-justice agenda of the Loudoun County Public School system, shut up or face the consequences.

The draft professional-conduct policy is explicit about what it is trying to accomplish. States the draft (my highlight):

The Loudoun County School Board is committed to an equitable and inclusive work and educational environment for employees and students. As outlined in the Superintendent’s Statement on Equity, Loudoun County Public Schools reject racist and other racially motivated behavior and language, recognizing that it encourages discrimination, hatred, oppression, and violence. Employees are expected to support the school division’s commitment to action-oriented practices through the performance of their job duties, as the Division engages in the disruption and dismantling of white supremacy, systemic racism, and language and actions motivated by race, religion, country of origin, gender identify, sexual orientation, and/or ability.

Behavior that will not be tolerated includes but is not limited to discriminatory statements, the use of racial insults or slurs, or:

Any comments or actions that are not in alignment with the school division’s commitment to action-oriented equity practices, and which impact an individual’s ability to perform their job responsibilities or create a breach in the trust bestowed upon them as an employee of the school division. This included on-campus and off-campus speech, social media posts, and any other telephonic or electronic communication.

Moreover, states the draft policy, employees are … encouraged to to report violations of LCPS’s commitment to “equitable treatment” of students and staff to their immediate supervisor or principal.

Apparently, it did occur to the drafters of this proposed policy that some provisions might infringe upon employees’ right to free speech. “Nothing in this policy or any other policy shall be interpreted as abridging an employee’s First Amendment right to engage in protected speech,” the draft says. But then it creates a massive loophole. The right to free speech does not apply “on matters of public concern [that] may be outweighed by the school division’s interest in … achieving consistent application of the Board’s and Superintendent’s stated mission, goal, policies and directives, including protected class equity, racial equity, and the goal to root out systemic racism.”

In other words, nothing shall abridge your right to free speech — unless you express disagreement with the School Board’s leftist social-policy agenda.

This document is so grievously flawed that I cannot imagine the Loudoun County School Board will approve it. If the board, in a fit of madness does adopt this policy, surely the free-speech provisions would never survive a legal challenge. But the fact that such a document could be drafted tells us a lot about the people running the Loudoun County school system. In their zeal to “root out systemic racism,” they’re perfectly willing to root out traditional American liberties as well.

These people are dangerous, and they are taking over.

This commentary originally appeared on Oct. 4, 2020 in the online Bacon’s Rebellion.