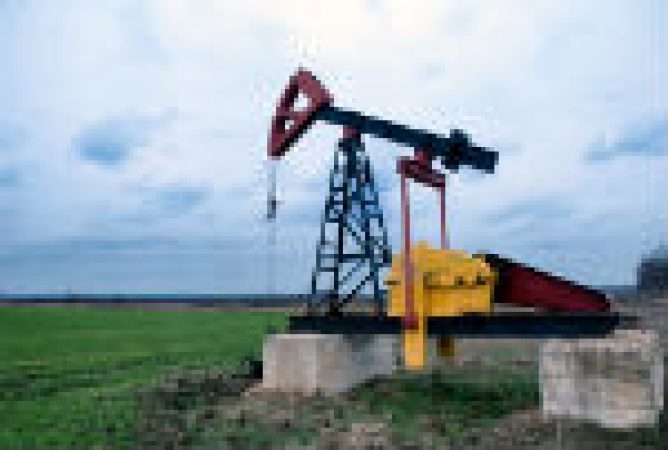 Signs of pride and prosperity were evident all over Williamsport and the gorgeous northern Pennsylvania countryside around it. Friendly, happy people greeted us. New cars, trucks, hotels and restaurants sparkled in a clean, bustling downtown. New roofs topped barns and houses, while late model tractors worked the fields. Formerly dirt roads are now paved.

Men and women again have high-paying jobs, young people are coming back instead of moving away, their salaries are supporting other businesses and jobs, and many are taking college programs in oilfield technical and business specialties, Vince Matteo told me. As president and CEO of the Williamsport/Lycoming County Chamber of Commerce, he’s witnessed the transformation.

“98 percent of the change has been positive,” he says. Contributions to United Way are increasing each year, county infrastructure has improved enormously, and environmental impacts are minimal.

Visits to several Anadarko Petroleum drilling and fracking sites explained why. The operations are far more high-tech than what I had seen previously on rigs in the Rocky Mountains, off the Louisiana and California coasts, and last fall in Alberta’s oil sands region. Hydraulic fracturing was first employed in Kansas in 1947. But steadily improved fracking technology is now combined with computers, down-hole sensors and microseismic instruments. Drilling equipment, lets crews send a bit 6,000 feet down and 8,000 feet laterally into Marcellus Shale formations – and end up within three feet of their intended target!

The operations are conducted from atop a multi-layered felt and impermeable plastic pad, surrounded by a berm, to keep unlikely spills from contaminating farm and forest land. Multiple wells are drilled from a single pad and “kicked out” horizontally in various directions. The drilling rig is skidded a short distance to four or five more locations around the pad, the entire array is fractured at high pressure, and short wellheads are installed to collect natural gas, and send it to local and interstate pipeline networks.

A nearby impoundment is also lined with plastic to hold water for fracturing operations. Topsoil removed to prepare the pad and pond is stored nearby. As operations are finished, the land is reclaimed, topsoil is replaced, and local grasses, flowers and shrubs are planted, to create meadows for deer and wild turkeys – or anything else the landowners prefer. To launch 20-40 years of hydrocarbon production from a 15,000-acre (23-square-mile) area requires barely 2% surface disturbance, most of it for just a few months.

Once the work is completed, the area quietly and unobtrusively produces decades of energy – and revenue for farmers, wildlife organizations, hunting groups, and local, state and federal treasuries.

Hydraulic fracturing takes place some 5,500 feet (almost four Empire State Buildings) below the water table. To prevent groundwater contamination, pipe penetrating the first seven hundred feet is surrounded by layers of steel casing and specialized cement. During the drilling and fracturing process, even rainwater collected from the drill pad is saved and used. Some of the water used to fracture the shale is also recovered during gas production; this “flowback” water itself is filtered, treated and reused.

As to chemical contamination, fracturing fluids are 99.5% water and sand. Moreover, the 0.5% chemicals portion is increasingly basic, nontoxic household or kitchen stuff. Anadarko’s chemicals today are only “slickeners” (to help the sand get further into cracks created by the pressurized water) and “biocides” that prevent bacterial buildup in the well pipes. Which chemicals are used for any single well in the United States can be determined by going to www.FracFocus.org – and every EPA, DOE and other study conducted to date has concluded that fracking has never contaminated a single US well.

Hydraulic fracturing has created 1.7 million new direct and indirect jobs in the United States, with the total likely to rise to 3 million jobs over the next seven years, IHS Global Insight reports. It has injected billions into North Dakota, Pennsylvania, Texas and other state economies. It’s added $62 billion to federal and state treasuries, with that total expected to rise to $111 billion by 2020. By 2035, U.S. oil and natural gas operations could provide over $5 trillion in cumulative capital expenditures into the economy, while generating over $2.5 trillion in cumulative additional government revenues.

In the process, fracking has revived America’s petrochemical, steel and other manufacturing industries, and reinvigorated American ingenuity and economic competitiveness. One shudders to think how awful the US unemployment, part-time employment and economic picture would be in its absence.

This game-changing technology has also transformed US, EU and global political equations and power structures. With the United States, Argentina, Britain, China, Israel and many other countries collectively sitting atop centuries’ worth of now economically producible oil and natural gas, OPEC and Russia can no longer control prices and threaten customer nations. For poor developing countries, natural gas from shale provides fuel to generate abundant, affordable electricity that will transform lives.

Then why do Hollywood and radical greens celebrate misleading films like Gasland and Promised Land – even after Phelim McAleer and Ann McElhinney’s documentary FrackNation completely demolished Gasland‘s lies and half-truths? Why do outfits like Food and Water Watch and the Sierra Club, and ill-informed activists like Yoko Ono, continue to scream hysterical nonsense about the process?

Follow the money – and the ideology. Big Eco is big business, and big egos. It seeks ever more power and every greater control over our lives. Fracking threatens all of that.

“What you get in your mailbox is a never-ending stream of crisis-related shrill material designed to evoke emotions,” former National Audubon Society COO Dan Beard once admitted, “so that you will sit down and write a check” – or click the “Donate Now” button. This multi-billion-dollar-per-year industry would collapse without the crisis du jour it conjures up, with help from the news media, politicians and regulators.

Deep Ecology adherents view fossil fuels as evil incarnate, and believe fervently in “peak oil” and Climate Armageddon. They are frustrated that fracking guarantees a hydrocarbon renaissance and predominance for decades to come, and helps reduce carbon dioxide emissions without massive economic sacrifice.

They also tend to be well-off, and clueless about the true sources of modern living standards. They have disturbingly callous attitudes about people who have lost their jobs because of Mr. Obama’s war on coal and cheap energy – and about poor rural New York families that are barely hanging onto their farms, unable to tap the Marcellus Shale riches beneath their land, because Governor Cuomo refuses to lift his moratorium on fracking. Many don’t give a spotted owl hoot about the world’s impoverished billions, whose hope for better lives depends on the reliable, affordable electricity that “frack gas” can help bring.

These shameful attitudes hurt people and planet. We need to frack for a better, cleaner, happier world!