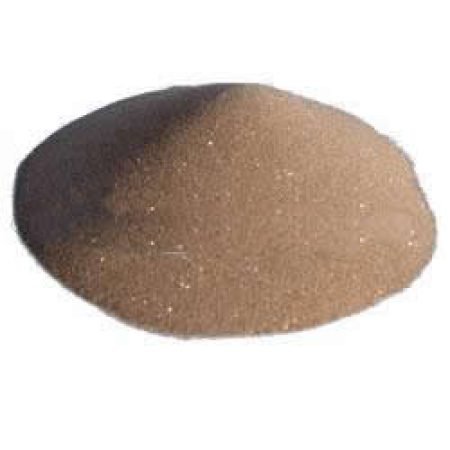 The duplicity and hypocrisy of environmental pressure groups seem to be matched only by their consummate skill at manipulating public opinion, amassing political power, securing taxpayer-funded government grants, and persuading people to send them money and invest in “ethical” stock funds.

In the annals of “green” campaigns, those against biotechnology, DDT and Alar are especially prominent. To those we should now add the well-orchestrated campaigns against Canadian oil sands and the Keystone XL Pipeline.

Oil has been seeping out of Northern Alberta soils and river banks for millennia. Native Americans used the bitumen to waterproof canoes, early explorers smelled and wrote about it, and “entrepreneurs” used it in “mineral waters” and “medicinal elixirs.”

Today, increasingly high-tech operations are extracting the precious hydrocarbons to fuel modern living standards in Canada and the United States. Enormous excavator/loading shovels and trucks used in open pits during the early years are giving way to drilling rigs, steam injection, electric heaters, pipes and other technologies to penetrate, liquefy and extract the petroleum.
The new techniques impact far less land surface, use and recycle brackish water, and emit fewer air pollutants and (plant-fertilizing) carbon dioxide every year. Water use for Alberta oil extraction is a tiny fraction of what’s needed to grow corn and convert it into ethanol that gets a third less mileage per gallon than gasoline. Affected lands are returned to forest and native grasslands at a surprising pace. And the operations are removing oil that would otherwise end up in local air and water.

Instead of requiring perpetual subsidies, á la the “renewable” technologies that President Obama intends to redouble if he is reelected, the oil sands generate vast sums in royalties and taxes: an anticipated $690 billion into federal and provincial coffers all across Canada over the life of the project. That’s on top of tens of thousands of jobs of every description, including nearly 2,000 Native Canadians (Aboriginals), whose communities have enjoyed soaring living standards since the operations were launched. In fact, the oil sands project will ultimately generate 11,219,000 person-years of high-paying employment from Alberta to British Columbia, Ontario and the Maritime Provinces, say government sources.

This North American oil is displacing millions of barrels of annual US oil imports from some of the least savory countries on Earth, while adding billions of barrels a year to planetary petroleum production, and thereby keeping world oil prices lower than they would otherwise be.

These are huge benefits. The oil sands project is hardly perfect. It causes environmental impacts, just as all human enterprises do, especially those that provide energy. Indeed, even fantasy fuel projects – wind, solar and biofuel boondoggles that provide comparatively minuscule amounts of energy, but require billions in taxpayer subsidies – have enormous ecological impacts.  Here’s the most important point:

Canada’s oil sands (and the Keystone Pipeline that will bring their petroleum to the United States) must be evaluated on environmental and ethical grounds that compare them to real world alternatives to them – not to some utopian energy resource that exists only in the minds of idealists, ideologues and special interest environmental pressure groups.

These critics viciously attack Alberta and the oil sands industry – accusing them of “blood oil,” environmental devastation and unethical practices. In reality, oil sands petroleum is among the most ethical and ecological on Earth, especially when compared to real-world alternatives like Iran, Saudi Arabia, Nigeria, Sudan, Russia, Ecuador and Venezuela, whose human rights violations, terrorism sponsorship and reckless environmental records are legendary. And yet oil sands critics give them a free pass, while heaping opprobrium on Canada.

Whole Foods says oil sands fuel “does not fit our values.” Perhaps the grocer and its “ethical” colleagues prefer values espoused in alternative oil-supplying nations on rights of women, children, gays and foreign housekeepers; stoning, lashing and lopping off hands and heads; treatment of civilians during wars in Chechnya and Darfur; massacres and environmental degradation in the Nigerian delta region; rigged elections and Swiss bank accounts for oil proceeds; or treatment of aboriginals, minorities and Christians.

Perhaps Whole Foods, Sierra Club, NRDC, Obama’s EPA and allied critics prefer to look toward China, which provides 95% of the rare earth metals that are essential for wind turbines and solar panels. Those operations have brought unprecedented air and water pollution, cropland and wildlife habitat wastelands, widespread radiation contamination, and cancer and lung disease in workers and local residents.

28% of Canadian oil industry jobs held by women is “not enough,” intones Kairos, a left-leaning coalition of churches. Compared to what? Women’s jobs in Saudi Arabia or Iran? The 3.5 million more American women who have ended up on poverty rolls since President Obama took office?

Some 1,600 ducks died after landing in an oil sands waste pit several years ago. A repeat of this isolated incident is increasingly unlikely as open pit mining and oil-water separation pits are replaced by in situ drilling and steam. Nevertheless, using analytical methods that only  IPCC climate alarmists would appreciate, the “respected” Pembina Institute conjured up the fantastical “calculation” that “more than 160 million birds would die from oil sands development” over the coming decades.

The claim is not merely wild fear-mongering. It ignores the growing impact of wind turbines on raptors, and attempts by industrial wind developers to get US Fish & Wildlife Service “programmatic take” permits: 007 Licenses to Kill thousands of eagles, hawks, whooping cranes and other protected birds every year without fear of prosecution.

These positions reflect adherence to the shaky hypothesis of catastrophic manmade global warming and unsupportable claims that the oil sands contribute disproportionately to a looming climate Armageddon. However, Alberta environment office show that “greenhouse gas” emissions from oil sands plummeted 38% between 1990 and 2009, and are now 5% of Canada’s total GHG emissions – and equal to or lower than CO2/GHG emissions from petroleum operations in Nigeria, Iraq, Saudi Arabia and Venezuela.

So-called “ethical funds” likewise excoriate oil sands developers like Total, Syncrude and Imperial Oil, while promising investors that their money will purchase shares in “responsible” companies that don’t produce fossil fuels, do nuclear power or contribute to climate change. Co-operative Bank’s is one of those modern day snake oil “entrepreneurs.” Its über-ethical Sustainable Leaders Trust (don’t you love that name?) makes that pitch – and then invests client cash in Third World coal mines … and oil sands!

The rogues’ gallery of oil sands critics and their shady dealings is so vast that someone could write a book about them. In fact, Ezra Levant did exactly that. His Ethical Oil is an eye-opening companion to my own Eco-Imperialism, which chronicles the often lethal misdeeds of other self-righteous pressure groups.

Their misrepresentations, double standards, questionable practices and perverse ethics would get them brought up on fraud charges, if they were oil companies or non-“ethical” investment “trusts.”

It’s time to apply the same legal, ethical and credibility standards to these “socially responsible” outfits that they insist on applying to the corporations they denounce. Keep that in mind the next time you see EPA, Greenpeace, Co-operative Bank or anyone else taking pot shots at oil sands or Keystone.

«
Virginia Shows How Not to Rebuild an Interstate with Tolls»
Are Virginia’s Dropout Numbers Too Good to Be True?