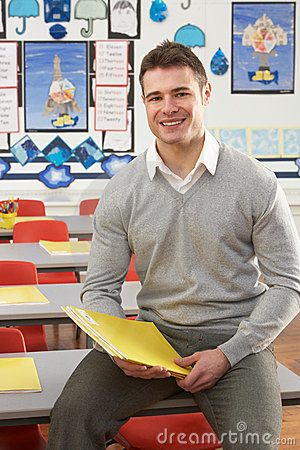 In 1971 fax machines were “high tech.” China was an isolated country, not a world economic player. And the TC Williams Titans were about to win the state football championship, an act made notable because it was the school’s first year of desegregation.

Much has changed since then.

Yet, Virginia still defines educational quality through a series of mandated inputs and staffing ratios that are increasingly outdated in a world defining excellence not by what you put into the mixture, but by what you take out of it. Consider: Steve Jobs did not define the quality of the iPad by how many people it took to make it or the number of parts used in its manufacture; he defined quality by how well it worked.

Virginia’s Standards of Quality (SOQs) were first drafted and approved with the adoption of the Virginia Constitution in 1971 – a time long before the No Child Left Behind, the Standards of Learning exams, or even the now long-abandoned Literacy Passport Exam. Measuring quality by inputs made sense 42 years ago; Virginia was finally abandoning its unequal segregated system of schools and the SOQ’s started us on the road to a level playing field.

But do they still make sense in the 21st century? At a time when Americans place a premium on nimbleness and flexibility, education systems remain tightly bound up in regulations and staffing formulas dictating how schools are to be run, regardless of what the genuine need of a local school or school division might be.

And while the State Board of Education can offer waivers to some regulations, the meat of most mandates is contained in the SOQs – which are approved by the General Assembly and cannot be waived without its sanction. Just one example: As Virginia has raised math standards, test scores have understandably declined. Yet school divisions cannot add math specialists to focus on that subject area if doing so requires reducing staffing ratios in any other area – even an area where students might be scoring well above-average.

During recent public hearings on the Standards of Quality every local school superintendent asked for relief from these kinds of strictures. To be honest, most states operate with the same kind of system … but there are signs that the old method of mandates is starting to break down.

Kentucky is one state addressing the issue by developing procedures allowing school districts there to operate more independently, gaining flexibility in curriculum, instruction, funding and school scheduling. Indiana, Colorado and Tennessee have similar laws on the books.

Louisiana’s Red Tape Reduction Act operates much the same way. There, the state permits a waiver of any combination of laws, rules, and regulations – including, but not limited to, instructional time, curriculum, funding, personnel, and student-teacher ratios.

A school district requesting a waiver for one or more of its schools must identify the specific laws, rules and regulations from which exemption is sought, as well as the policies and procedures to be instituted as a substitute. It must also describe how its approval will increase the quality of instruction, improve academic achievement or improve teaching effectiveness, and must include specific and measurable goals.

As in Kentucky, for a Louisiana school to gain a waiver, those who teach there must vote to support the waiver request, ensuring that waivers are not “top-down” schemes imposed on teachers, but rather “bottom-up” solutions created by empowered educators.

To be sure, school systems still have to meet quality standards for all children – but how they achieve those goals is left up to local school communities.

Governor Bob McDonnell has put on the table the same kind of notion for Virginia. While details aren’t yet available, he would expand opportunities to request waivers and free up school divisions to engage in the kind of innovation that makes a real difference, but that can only come with increased flexibility to meet the needs of individual schools.

It’s human nature to believe we personally have all the answers. But it’s human folly to believe that one set of rules at a state level can address all the issues in 2,000 public schools teaching 1.1 million children.

A robust red tape reduction bill, offering an extensive range of regulatory relief encouraging educator involvement, would help push decision-making back down to the local level, where we need to trust that local school communities know what is best for their children.

It would provide the Governor an opportunity to make common cause with teachers and superintendents who have asked for this relief.

And, most importantly, it would focus attention on academic outcomes rather than on resource inputs, a focus that reflects the culture of the 21st century and the demands of a modern society.