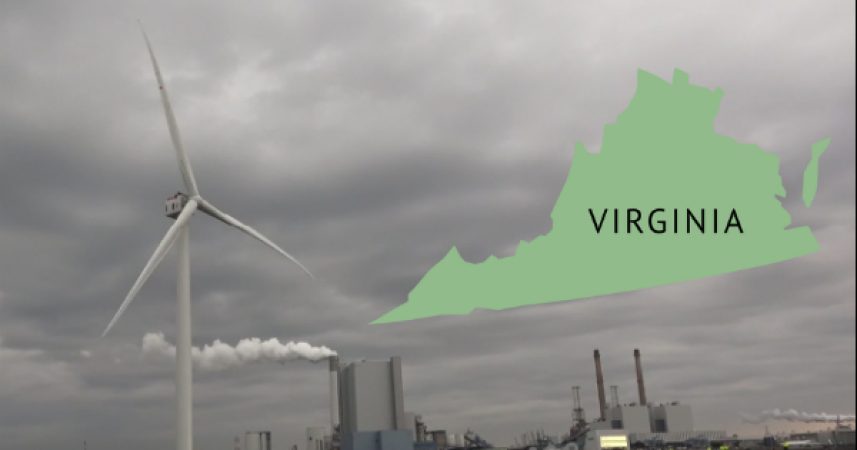 Virginia’s major energy-intensive industries will not get a requested path to avoid some of the coming cost shock from the 2020 Virginia Clean Economy Act (VCEA). The bill that sought them a lifeline was tied to an anvil and sunk in a House of Delegates subcommittee January 25.

It didn’t even help when the Virginia Manufacturing Association’s (VMA) president mentioned that California is seeing the same problem for its manufacturers and is working on similar relief. Virginia companies were admonished that “they don’t want to pay their fair share,” a phrase used by opponents more than once.  A Dominion Energy lobbyist said that about her best customers.

Even more ridiculous were two other arguments put forward for killing House Bill 2281 by the delegate who moved to table it, Del. Mark Keam, a Democrat from the heavy industry desert of Fairfax County. (It was tabled, on a 6-4 straight party vote.)

Keam claimed the state could not afford to have the State Corporation Commission hire another specialist to help work out these industrial user issues. The most recent SCC estimate is that building out the redundant wind and solar projects mandated in the VCEA will cost tens of billions of dollars and add hundreds of dollars to annual homeowner bills (meaning tens of thousands to industrial bills.)

But a $145,000 senior level analyst might bust the SCC budget, Keam feared.  Keam is apparently unaware that the SCC is not funded by tax money, but by fees paid by those regulated. The utilities would be paying for the economist who might help their customers reduce their rates.  Perhaps that was the problem.

And Keam seemed concerned about federalism, of all things, as this one possible new SCC staffer would be dabbling in international trade concerns, better left to the federal government. The state doesn’t do international trade, Keam argued, ignoring Virginia’s huge marketing effort through the Virginia Economic Development Partnership, including foreign offices and regular foreign travel.

House Bill 2281 relates to “energy intensive, trade exposed industries,” or EITE, and warns against the coming problem of “carbon leakage.”  In plain English, industries that need a lot of electricity may lose market share – and jobs – to sister facilities or their competitors in lower-cost energy states or overseas. Jobs can leave Virginia, just as they now flee other high energy-cost states.

Manufacturers Association President Brett Vassey said it could affect up to 1,200 Virginia firms in industries ranging from textiles and plastics to steel and chemical manufacturing. These tens of thousands of jobs are among the best paying, for both college graduates and skilled trades workers.

The 2020 VCEA is peppered with mandates that various costs be imposed on all classes of electricity user in a uniform manner, ignoring the traditional volume pricing for the largest users.  Even worse for these customers are various “non-bypassable” charges, meaning even if they seek an independent supplier other than Dominion or Appalachian Power Company, they cannot escape that part of the utility bill. That makes it more expensive to leave the utility for an independent. Utilities like that.

The details of the workings of the failed bill are not the key point of this post. For that, read the bill.  The opponents of the VMA’s bill were correct in pointing out that if the bill were to pass, and if the SCC had then approved the relief sought, the electricity prices paid by every other utility customer would have risen.  It would have simply shifted substantial costs to both other businesses and residential customers.

One of those non-bypassable charges the industrial customers cannot escape, and which will be imposed with a flat rate with no industrial discount, involves the new Percentage of Income Payment Plan, or PIPP.  That will “tax” every ratepayer a flat amount per kilowatt hour to provide rate relief to low-income residential customers.  So, there are some customers the majority party legislators are shielding from the coming cost tsunami, and others they are not.

But for a master’s class lesson on hypocrisy, go study House Bill 1907 which deals with “accelerated renewable energy buyers” who are favored utility customers and who would be granted new exemptions from some of these non-bypassable costs.  It moved forward on an 8-2 bipartisan vote.

Defenders of the VCEA dismissed the SCC’s staff estimates of coming costs as “worst case scenarios.” Certainly, they are still estimates, and as the various elements are run through the SCC’s review process the real costs will begin to emerge. Many of us will spend the rest of our lives paying for these long-term projects through higher electric bills. Unless we follow those jobs out of Virginia.

The same arguments were used earlier in the meeting to defeat House Bill 2265, an effort by Del. Nick Freitas, R-Culpeper, to repeal many of the major elements of the VCEA. It died on the same party-line 6-4 vote. Along with cost, Freitas warned of the massive loss of forest and farmland to the oceans of solar farms being developed here now.

William Cleveland of the Southern Environmental Law Center said it is too soon to know what VCEA will cost. Correct. He then went on to state: “It is the SCC’s job to make sure we only build what we need and that we do it at least cost.”

Well, there he is also correct, but it is not that simple. In bill after bill over many years, culminating in the 2020 VCEA, the General Assembly has openly sought to curtail the SCC’s authority. Dominion itself took the lead on getting that done, often with either the assistance or acquiescence of large industrial users and some environmental interests. Few hands are clean on that.

Cleveland and his group are working on various bills that would restore some or even much of that authority, at least over project cost and prudence, mentioned earlier on Bacon’s Rebellion, but they were not up Monday. Monday we were instead reassured the SCC is there to protect us.

Steve Haner is Senior Fellow for State and Local Tax Policy at the Thomas Jefferson Institute for Public Policy.  He may be reached at Steve@thomasjeffersoninst.org.