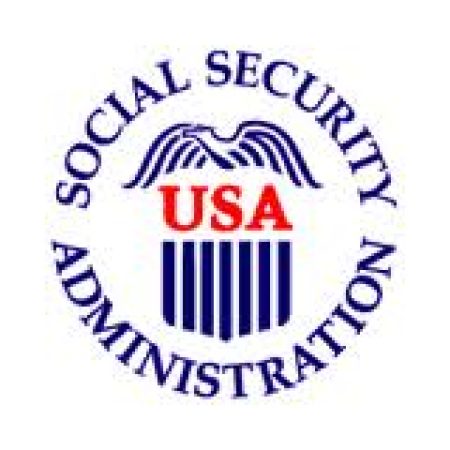 In a memorable scene from the classic sitcom Sanford and Son, a legal predicament led Fred Sanford to consider hiring a man who was peddling cut-rate attorney services. When Sanford and the man met, the conversation that ensued went something like this:

Sanford: So, you’re a lawyer?Man: That depends on who you ask.Sanford: I’m asking you.Man: If you ask me, I’m a lawyer.Sanford: Then who says you’re not a lawyer?Man: The state of California.

This exchange epitomizes the situation with the Social Security Trust Fund, because the legal and practical realities sometimes clash. Both liberals and conservatives have taken advantage of this paradox to make duplicitous claims about the Trust Fund and its finances.

First, there can be no doubt the Trust Fund legally exists. It was established by a 1939 law that is still in effect, which declares, “There is hereby created on the books of the Treasury of the United States a trust fund to be known as the ‘Federal Old-Age and Survivors Insurance Trust Fund’….” (A second trust fund was created for Social Security’s disability program in 1956, but for the sake of simplicity, Social Security’s two trust funds are commonly spoken of as if they were one.)

More significantly, the Social Security Administration has provided clear public accountings of both funds since their inception, which are mirrored in the books of other federal agencies. Consider, for example, the Treasury Department’s Monthly Statement of the Public Debt, which includes line items for the “Federal Old-Age And Survivors Insurance Trust Fund” and “Federal Disability Insurance Trust Fund.” This official accounting shows that as of March 31, 2014, these funds have combined assets of $2.763 trillion.

The key to understanding this unintuitive reality is a simple fact: the finances of the Social Security program are separated by law from the rest of the federal government’s finances, as shown in this diagram:

As is well known, the federal government has spent all of the money it has borrowed from the Social Security program (and then some). Thus, as explained in blunt terms by the Clinton administration’s 2000 budget proposal, the Social Security Trust Funds: do not consist of real economic assets that can be drawn down in the future to fund benefits. Instead, they are claims

on the Treasury that, when redeemed, will have to be financed by raising taxes, borrowing from the public, or reducing benefits or other expenditures.

In keeping with this practical reality, the White House Office of Management and Budget, Congressional Budget Office (CBO), and many other organizations frequently report on federal finances as if the Social Security Trust Fund did not exist. They do this by merging all federal finances into a single budget, even if they are separated by law. In the words of a 2010 CBO report: The Congressional Budget Office (CBO), the Administration’s Office of Management and Budget, and other fiscal analysts generally focus on the total deficit rather than on the deficit with or without particular trust funds. That comprehensive view of the government’s fiscal activities is often called the “unified budget.”

Beyond such explicit statements, numerous budget figures cited by the White House, other federal agencies, and virtually all media outlets are based on this accounting method in which the trust funds of Social Security (and other programs) are treated as if they do not exist. Perhaps the most notable of these figures is the annual federal budget deficit. This oft-cited statistic is based upon a unified view of federal finances, and thus, contrary to popular perception, it is not the same as the annual rise in national debt.

Likewise, in 2011 President Obama insisted that “Social Security is not the source of our deficit problems,” and in 2012 his press secretary claimed that “Social Security is not currently a driver of the deficit.” Given that Social Security’s expenses have exceeded its taxes every year since 2010 and are projected to do so for foreseeable future, those claims necessarily assume that the Trust Fund is covering these shortfalls. This contradicts other statements from the White House that disregard the Trust Fund.

This hypocrisy also manifests when talking about the national debt. In September 2012, noted economist Dean Baker claimed that the national debt would not reach 90% of our nation’s gross domestic product until around 2020. At the time he wrote this, the debt was already well above that level, clocking in at $16 trillion or 101% of GDP. So how did Baker come up with a lower figure for the debt? By excluding all of the money owed to the trust funds of Social Security, Medicare, and other such programs. In other words, Baker’s figure for the national debt assumes that these trust funds don’t truly exist.

In stark contrast, less than a year earlier Baker wrote that the Social Security “trust fund currently holds $2.6 trillion in government bonds” and that Harry Reid was “exactly right” to say that “Social Security does not add a single penny, not a dime, a nickel, a dollar to the budget problems we have.”

Those are quintessential cases of liberals talking out of both sides of their mouths, and conservatives are just as guilty.

For a prime example, Paul Ryan’s recent budget proposal states that “any value in the balances in the Social Security Trust Fund is derived from dubious government accounting. The trust fund is not a real savings account.” Yet, in November 2011, Ryan stated, “Today marks an infamous day in American history. It is the day that the national debt has surpassed the $15 trillion mark.”

This $15 trillion debt figure includes $2.6 trillion owed to the Social Security Trust Fund, which means that Ryan’s statements conflict with each other. If the balances in the Trust Fund are not “real” as Ryan claims, then the national debt did not reach $15 trillion in November 2011. He can’t rationally have it both ways.

Hence, whether one speaks about the Trust Fund from a legal perspective or a practical perspective, consistency is the watchword. Given that government agencies sometimes use different perspectives for prominent data they publish, it can be difficult to stay totally consistent when discussing these issues. However, jumping back and forth between perspectives to serve political agendas is disingenuous.

So does the Social Security Trust Fund really exist? That depends upon who you ask, but you stand a much better chance of getting a straight answer from Fred Sanford’s would-be lawyer than anyone in Washington.

«
SOLs: Getting what was asked for»
EPA Defines “Adjacent Waters”