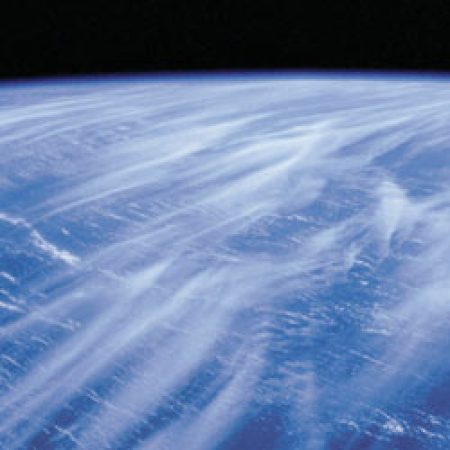 Climate Alarmism: Our Sanity and Wallets Need a Break

Pick up any 40-year-old science textbook – on chemistry, biology, geology, physics, astronomy or medicine – and you’ll find a slew of “facts” and theories that have been proven wrong or are no longer the “consensus” view. Climatology is no exception. Back in the 1970s, many scientists warned of global cooling – and fretted that a new ice age brought on by fossil fuel use would cause glaciers to expand, wreaking havoc.

They predicted every conceivable disaster, short of roving herds of wooly mammoths stampeding through ice-covered streets. (The possibility of cloning a well-preserved mammoth could buttress the next scary ice age scenario.) Newsweek’s 1975 cover story “The Cooling World” breathlessly reported that, “after three quarters of a century of extraordinarily mild conditions, the earth’s climate seems to be cooling down.” Meteorologists are “almost unanimous” that the trend will “reduce agricultural productivity for the rest of the century,” it intoned, and “the resulting famines could be catastrophic.”

The CIA, NASA, National Academy of Sciences and many news organizations issued similar alarums. Dr. John Holdren, now President Obama’s science adviser, joined Population Bomb author Paul Ehrlich in penning an essay that warned: “The effects of a new ice age on agriculture and the supportability of large human populations scarcely need elaboration here. Even more dramatic results are possible, however; for instance, a sudden outward slumping in the Antarctic ice cap, induced by added weight, could generate a tidal wave of proportions unprecedented in recorded history.” The Chicken Little ice age never arrived. Instead, the new “consensus” view is that our planet now faces fossil-fuel-induced catastrophic global warming. A 2006 Newsweek story conceded that its ice age theme had been “spectacularly wrong.” But the admission came amid decades of Newsweek, Time and even BusinessWeek and National Geographic stories about an imminent global warming “apocalypse.”
The tales of doom remain standard media fare, even as the science continues to evolve – and even as Climategate and other revelations of Intergovernmental Panel on Climate Change shenanigans and duplicity join the dissection of Michael Mann’s hockey stick in reducing climate alarmism and public anxiety over it. New theories about solar cycles, cosmic rays and the dominant role of solar activity in determining Earth’s climate are becoming far more common in books and peer-reviewed research compendia of science-based climate realism. Cataclysmic cooling? Dangerous warming? Is there something in between that can help initiate real debate, improve our understanding of how our climate works, and let us get on with our lives? Manmade global warming, climate change and “weird” weather remain the foundation of environmentalist and leftist political agendas for ending our “addiction” to oil, ushering in a new era of “eco-friendly” renewable energy, and “fundamentally transforming” our economy and society. Their power, prestige, control and access to billions of dollars a year for biased research and crony-corporatist energy schemes super-glue their dependency to this issue.

With fracking and other new petroleum discovery and extraction technologies proving beyond doubt that we will not run out of oil or gas anytime soon, climate change is really all they are left with. Those realities are driving an extreme policy agenda. Congressman Ed Markey (D-MA) recently told Politico that he and others would again seek cap-tax-and-trade legislation if they ever control both Congress and the White House. Because Congress rejected regressive climate legislation, the Obama Environmental Protection Agency, under Lisa Jackson, has issued thousands of pages of regulations designed to shut down coal-based electricity generation and impose a true-believer view that carbon dioxide controls the climate and must be drastically reduced to prevent a global warming Armageddon. Meanwhile, legions of subsidized researchers are trying desperately to tie every conceivable phenomenon and event to global warming. By making fossil fuels scarcer and more expensive, while spending billions of taxpayer dollars to subsidize wind, solar and biofuel energy, EPA’s war on fossil fuels is designed to force Americans to abandon the energy sources that power our economy.

The goal is to force Americans to turn to inefficient, unreliable, impractical, expensive, job-killing energy sources that emit less CO2. At a mere 0.0395% of Earth’s atmosphere (395 ppm), carbon dioxide is truly a “trace gas.” Yet it is the “gas of life.” Without it all life on earth would cease to exist. Many scientists nevertheless insist that plant-fertilizing CO2 has supplanted the many complex and interconnected solar, cosmic, oceanic, planetary, atmospheric and other forces that have always driven climate change – and that a further increase to 0.0450% (from 0.280% or 280 ppm prior to the industrial revolution) would somehow push life and civilization past a “tipping point.” Many other scientists vigorously dissent from that view. As natural scientist Dr. Willie Soon, meteorological statistician William Briggs and others have pointed out, changes in solar radiation caused by sunspots have changed Earth’s temperature and climate for centuries. Referring to data collected by the University of California-Berkeley Earth Surface Temperature (BEST) project, Soon and Briggs note: “These peer-reviewed results make it difficult to maintain that changes in solar activity play no or an insignificant role in climate change…. The evidence in BEST’s own data and in other data we have analyzed is consistent with the hypothesis that the sun causes climate change, especially in the Arctic,Chinaand theUnited States. BEST’s data also clearly invalidate the hypothesis that carbon dioxide is the most important cause of observed temperature changes across theUnited States.”

Still other analysts have shown that neither average global temperatures, nor tornado and hurricane frequency and severity, nor droughts, rainfall, sea level rise or Arctic climate and weather patterns and events in recent decades differ measurably or significantly from historic norms, cycles or variations. The hysterical and spectacularly wrong predictions would be hysterically funny, except for one thing. Too many global cooling/warming/weird weather scientists, activists and politicians are using the issue to justify policies that are trashing our economy. Congress and the Obama administration are already implementing draconian laws and regulations that make energy less reliable and affordable, destroy jobs, weaken our national security, make us more dependent on foreign energy supplies, raise consumer prices, and slowAmerica’s economic growth.

The needless regulations are prolonging the recession, keeping unemployment high, impairing civil rights progress, and hurting poor, minority and elderly families most of all. Any conflicts and refugees will result far less from future weather and climate events, than from ill-advised US, EU, UN and other policies that make energy, minerals, food, water, healthcare, and opportunities out of reach for millions or even billions of people. Our weather has hardly become any “weirder” than what Earth and humanity have faced countless times before.

However, the “new normal” in political discourse, scientific research, democratic institutions, laws, regulations and sanity has definitely gotten both weirder and more pernicious. We really don’t need to “fundamentally transform” our energy, economy or society. We need to fundamentally transform the system that diverts our attention and resources from real challenges, analyses and solutions.