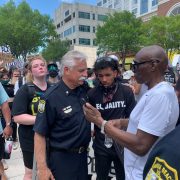 Together We Rise, Divided We Fall

Jun. 10, 2020 Garrison R. CowardCrime, Government Reform
It’s been a tough week in America. It’s hard to explain what’s been going through my mind as I am a problem solver but it’s […]
Read More 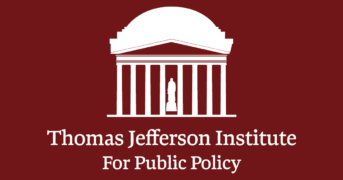 May. 30, 2019 Thomas Jefferson Institute StaffCrime, State Government
On a typical day, there are more than 20,000 phone calls placed to domestic violence hotlines across the country according to the National Coalition Against […]
Read More

Murders, Arrests and the Politics of Racial Grievance

Jun. 13, 2018 Thomas Jefferson Institute StaffCrime, JPJ Archive
The Washington Post had what could have been an interesting idea: Map more than 52,000 homicides and arrests in major American cities over the past […]
Read More

Getting Right on Crime

May. 24, 2017 Thomas Jefferson Institute StaffCrime
From Richard Nixon to Donald Trump, conservatives have long known how to be “tough on crime." But there is an increasing movement by conservatives to be “Right on Crime” -- to insist on transparency in the criminal justice system with the goal of protecting the public, lowering crime rates, and conserving taxpayers’ money. The movement started in 2007 in Texas, when legislators found themselves with a choice between spending more than $3 billion for 17,000 new prison beds or reforming their system by shifting spending for residential and non-residential treatment-oriented programs for non-violent offenders, along with enhancing in-prison treatment programs.
Read More

Jan. 4, 2017 Thomas Jefferson Institute StaffCrime, Government Reform
The U.S. Supreme Court has ruled that juveniles and people with intellectual disabilities should not be executed due to their diminished culpability. However, it remains […]
Read More
1 2