This is Why Farmers Are So Angry at the Federal Government 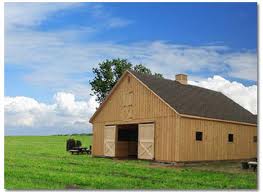 In an unbelievable set of circumstances, USDA’s Natural Resources Conservation Service (NRCS) was defeated by an Illinois lawyer and farmer not three times as I indicated last week, but four times.
The farm was in a trust in Illinois and it believed after defeating NRCS four times, that it might be entitled to its costs and legal fees under Equal Access to Justice Act (EAJA). This is a federal law which generally holds government agencies and bureaucrats to a minimum level of accountability.
But even after defeating NRCS four times, a USDA judge ruled that the farmer and farm trust were not eligible to get any fees or expenses under the EAJA– a disgusting, laughable and stunning decision.
The farm trust in Illinois challenged NRCS’s wetland determination when it labeled 14.2 acres as farmed wetland. Four times the farm trust appealed NRCS’s determination that the farm did not contain farmed wetlands. Two of the appeals went to full evidentiary hearings. Each time the administrative judge issued final determinations ruling in favor of the farm trust and NRCS did not even challenge these rulings.
It is mystifying that even though the judge said the decisions were final, NRCS said they were not. The arrogance here is frankly inconceivable.
An administrative judge found that NRCS’s technical analyses regarding drain tile on the farm were based on “unsupported assumptions,” contrary to the evidence,” ignores information appellant provided,” “counter to the methodology contained in the National Engineering Handbook,” “arbitrary,” and NRCS’s technical work was “based purely on conjecture.”
How embarrassing for our government.
There are a number of requirements a winning party against NRCS must meet in order to attempt to get back legal fees and costs in a NRCS case which claims a violation of the Swampbuster Act. A farmer must meet a financial requirement which proves that the farm, or in this case a farm trust, is financially eligible to apply for funds if the farmer’s net worth does not exceed $2 million. In the Illinois farm trust case, costs were advanced to hire an engineering firm, surveying firm, and transcription services firm. The court and NRCS agreed the engineering costs, trenching costs and attorneys’ fees were necessary and reasonable.
The farm trust alleged that NRCS “…has had little regard for the time and expense these four successive proceedings have cost applicant.” Another quote which will make your blood boil is NRCS told the applicant, “you would not have to go through that…if you would…just accept the decision that was made.” It is important to note in this Illinois case that no attorney fees were sought after the first three appeals were won and two of those three appeals involved full evidentiary hearings.
The NAD appeal division, which is part of the Office of the Secretary of Agriculture, issued a decision on August 8, 2017 which has to be read to be believed. In a six-page decision issued not by a judge but by an Adjudicative Officer, in a twisted decision, said NRCS’s position was “substantially justified” and that special circumstances would not allow it to make an award which would be unjust. The NAD official said it had to be proven to the court that NRCS’s position was not “substantially justified” and that it did not have a reasonable basis in law and in fact.
Remember the assertions made by another judge about how egregious and outrageous NRCS’s actions were against the farm trust?
The adjudicative officer, in denying legal fees and expenses after four losses by NRCS, said NRCS staff could not be found in error because they did not follow federal regulations or established procedures. After all the specific findings by the NAD director and an Administrative Judge, the Adjudicative Officer concluded that NRCS’s action “…was justified to a degree that could satisfy a reasonable person.”
At this point you do have to wonder what has happened to common sense. Remember, the trial judge claimed NRCS relied on unsupported assumptions, was arbitrary and its claims were based purely on conjecture.
If nothing else, this case demonstrates, after four victories, the swamp has not been drained at NRCS.
(This article first ran in Farm Futures on July 31, 2018)