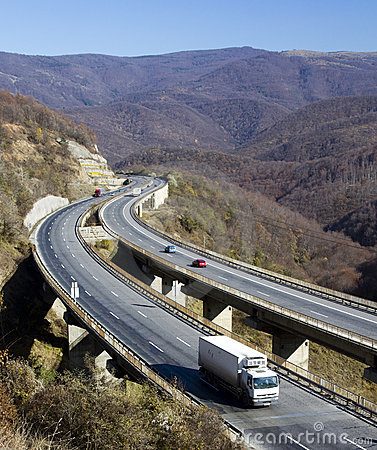 (This article is reprinted from Surface Transportation Innovations, Bob Poole’s monthly publication by the Reason Foundation. )  There’s been a lot of discussion in some transportation circles about a paper in the November 2012 issue of Public Administration Review: “The Indiana Toll Road Lease as an Intergenerational Cash Transfer.” Author John B. Gilmour is a professor of government at the College of William and Mary. His summary of the paper says that it “finds that the majority of benefits, in the form of road construction, are enjoyed in the early part of the lease, while the bulk of the costs [to the public] fall late in the lease, raising important questions about intergenerational fairness.”

To make his case, Gilmour uses the example of the 75-year lease of the Indiana Toll Road, in which the state government received the entire lease payment as a lump-sum, up-front payment of $3.8 billion. All toll revenues over the lease period will accrue to the concession company, which is required contractually to operate and maintain the highway in accordance with pre-defined performance measures. The state of Indiana, after paying its outstanding toll road bonds, dedicated nearly all the remaining proceeds to fund a 10-year capital investment program, upgrading highways statewide. Thus, these funds were not used for short-term budget-balancing purposes but were invested in long-lived infrastructure producing benefits over coming decades.

Gilmour attempts to model the incidence of costs and benefits over the 75-year term of the lease. And here is where his analysis goes off track. Although earlier in the paper he wrote about two main benefits—the up-front payment and the outsourcing of toll-setting from the legislature (which had let toll revenues languish over nearly two decades)—in the benefits calculation he includes only the up-front payment. He concedes that proper maintenance over 75 years might also be a benefit, but does not quantify this, saying that it cannot be assessed. Yet this dismissal ignores both strong contractual provisions (including penalties) for proper maintenance and the concession company’s self-interest in making the toll road better than competing free roads, in order to attract paying customers. So clearly, the state is avoiding 75 years’ worth of maintenance that it would otherwise have to provide, a benefit that should be straightforward to estimate.

In comparing the lease with a hypothetical case in which the state continued owning the toll road, he makes the historically unjustified assumption that the state would implement annual toll rate increase of 3, 4, or 5 percent (in different scenarios) for 75 years, without political backlash. There has never been such a case with a state-owned toll road, and I doubt there ever will be.
His long-term benefits vs. cost calculations also depend critically on the discount rate used. His most dramatic results—the ones he emphasizes—come from cases using discount rates of 0% and 2%. After presenting the results of these calculations, he states that the choice of a “high” discount rate (by which he means 4%) “reflects an initial normative judgment that the analyst does not care much about future generations and considers their well-being less important than that of the present generation.”

On the contrary, it represents an effort to be realistic about the time value of money. I’m neither an accountant nor an economist, but my coursework in engineering economic analysis gave me a basic grounding in the time value of money and the standard techniques for taking this into account. Gilmour refers to an OMB circular on this subject, but the fact is that OMB for many years, including today, requires federal agencies to use a 7% discount rate for doing net present value (NPV) calculations. A long-time colleague who does toll revenue feasibility studies advised me about 10 years ago that 6% was more realistic than the OMB number in that field, and in a recent exchange he suggested using 5% these days, in view of where long-term revenue bond interest rates are. All of those numbers are far higher than what Gilmour uses in attempting to make future costs look far higher than they should.

Gilmour also has limited knowledge of the useful lives of major infrastructure. He makes the absurd statement that Hoover Dam will last 1,000 years, but considers 30 years the useful life of major highways and 50 years for bridges. He uses those numbers in quantifying the benefits of the highway projects Indiana is building using its lease proceeds, when the real numbers—at least for Interstates like the Indiana Toll Road– should be more like 50 years for highways and 75 years or more for bridges. He ignores the fact that even at a useful life of 50 years (rather than 30), the Indiana Toll Road will have to be reconstructed, at the concession company’s expense, within the 75-year lease term. They are also contractually required to add lanes in order to maintain uncongested performance as traffic volumes grow. The benefits to Indiana of not having to make those investments are absent from Gilmour’s benefit calculations.

I do agree with one of his recommendations: that states might be wiser to receive some or all of their lease payments on an annual basis, rather than all up front. (In fact, that is what I advised Indiana to do, when they asked.) This would tend to align the incentives of both parties to the lease over its full term. A long-term public-private partnership is and ought to be something like a marriage, and should be structured as a win-win deal over its entire duration. I profoundly disagree with his proposal that states amend their constitutions to prohibit leases of infrastructure longer than 30 years.

In short, this is a seriously flawed paper. Its conclusions about intergenerational wealth transfers are due to omitting significant benefits and using a grossly unrealistic discount rate to do the net present value calculations. As a guide to wiser long-term PPP agreements, it is of little value.