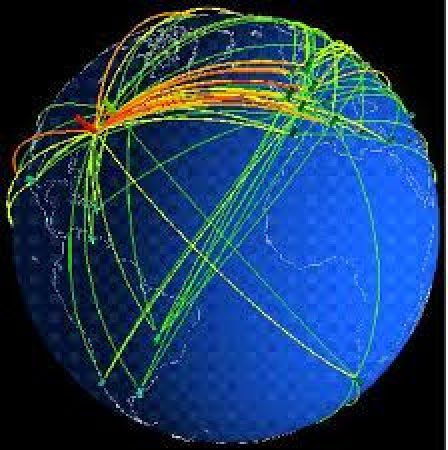 America and the Internet: A case study on the productive absence of regulation

by Thomas Jefferson Institute Staff  posted under Regulation
Regulation has always run a furlong or two behind technology. It seems an inescapable function of the difference between the two beasts.
Even well-intended regulation thrives on rules, stasis and predictability. Technology, by contrast, thrives on unfettered innovation, rapid change and creative destruction.
In retrospect, then, the most insightful regulatory policy ever adopted by the federal government may have been its bipartisan agreement not to regulate a new technologyknown as broadband Internet.  Members of Congress and policy leaders had the rare insight and admirable humility to recognize that the Internet had boundless potential that they couldn’t predict and shouldn’t try to contain.
The wisdom of their regulatory forbearance has been more than justified by successive waves of Internet innovation.  And each new generation of online technology has been delivered to consumers at affordable prices by a vigorously competitive marketplace.
Think back to the early ‘90s, with the Mosaic browser enabling point and click access to a “worldwide web.”  This was a revolution delivered through dial-up access over copper wire connections — basically the same method for carrying voice phone calls for a century.  Even using this now-quaint technology, it only took the Internet a few years to become a “must-have.”  Lacking regulatory barriers to slow them down, innovators and entrepreneurs brought forth a Cambrian explosion of smart phones, tablet PCs, social networks and cross-platform competition that defines our thriving app economy.
A mere decade ago, home broadband connections were in the low single digits. Today more than 63 percent of American homes have signed up for broadband with a new wave of mobile innovation promising to push that higher. Even in the troubled economy of the past few years, wireless broadband usage has grown exponentially, with demand fed by the popularity of smart phones and portable devices.
Each new wave of online technology has brought its own set of opportunities and challenges, which the marketplace has responded to with speed and flexibility, watched over but not interfered with by regulators.
The Commonwealth of Virginia has sought to leverage these principles to make the state one that inspires new ideas, new innovation, and new jobs to best prepare Virginians for a bright future. From the high-tech hub that’s NoVA to the Hampton Roads to the Southwest, South Side and the Valley regions that are working to redefine themselves in the digital age, all benefit from this regulatory forbearance.
The latest example of this pattern is the proposed merger of wireless carriers AT&T Wireless and T-Mobile, now under review at the Federal Communications Commission and Department of Justice.  Those two companies are ready to combine their spectrum holdings and use AT&T’s latest generation wireless broadband technology (known as 4G LTE) to keep America ahead of the rising flood of mobile data, much of it video, that has been happily overwhelming wireless networks.
If the merger is approved, AT&T has committed to make an additional $8 billion capital investment to expand its wireless broadband network. Such an extraordinary investment would accelerate deployment of advanced wireless broadband service to 97 percent of the U.S. population. This is precisely the kind of investment the FCC called for in its National Broadband Plan published last year, and an essential boost to our national infrastructure when we need it most.
Advanced wireless broadband is an economic enabler in itself.  Under the merger plan this technology would be made available to small towns and rural counties all over the United States, as well as to traditionally under-served urban neighborhoods.  Entrepreneurs for the next generation of businesses will have the platform over which they could create and deploy new services and sell new goods.   This is another case of a business initiative matching up with the public interest, with the business and not taxpayers taking the risk.
But does this merger put competition in the wireless market at risk?  In a word, no.  Mergers of wireless carriers over the last 10 years have not put a dent in the market’s vigorous competition.  Indeed, despite a decade of wireless mergers, the prices paid per megabyte of data have plummeted, consumers’ options in access devices have soared, and our economy has benefited from an immense new ecosystem of app creators, service providers and technology entrepreneurs.
It is far more likely that the merger will enhance competition in the wireless industry, stimulating others to invest more, create more and compete harder. That kind of competition makes for stronger companies, happier consumers and a healthier economy.
«
Great Expectations Program Helps Foster Care Youth Get A College Education»
The Great MWAA Bait and Switch