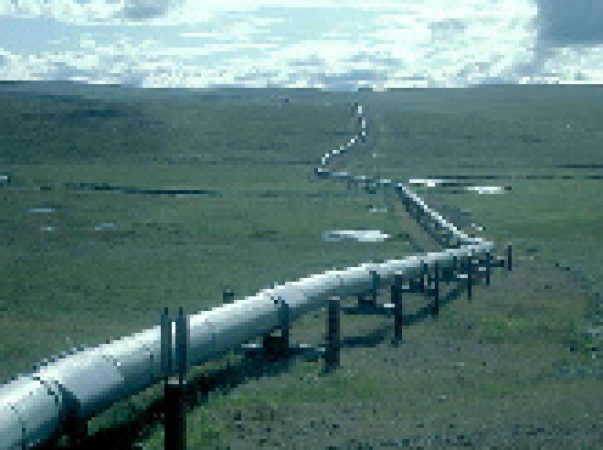 A Key Moment for Future Investment in the United States

Washington isn’t known for getting things done quickly, but the wrangling over the Keystone XL pipeline is taking this reputation to an extreme.

Now in its fifth year, the approval process is ensnared in bureaucracy that is excessive even by the federal government’s standards. Every time it appears as if the project is ready to move forward, another obstacle pops up. Whether it’s yet another environmental review or a new condition from the president—that the project won’t significantly contribute to climate change—there’s no shortage of excuses.

At some point, however, the president will have to make a choice and say definitively whether the project is in the national interest. One side will be disappointed, but Americans elect leaders to make tough decisions, not run out the clock.
From our perspective, the choice is clear-cut.

First, there are the jobs, and importantly jobs in sectors, such as construction and manufacturing, that need some good news. The northern segment of the pipeline spans nearly 1,200 miles, making it a massive construction project; so it’s no surprise that a number of labor unions representing construction workers have rallied behind the project.

As factories ramp up production of the steel, valves and heavy equipment required for constructing the pipeline, American-based manufacturing will receive a needed boost. The sector has hit major headwinds. After a period of strong growth, job creation has flatlined over the past 12 months. This pipeline could provide the jumpstart manufacturers and their willing workers are seeking.

Second, there’s the energy security. The recent embassy closings throughout the Middle East and Africa highlight the threats to U.S. interests in countries we count on to meet our energy needs. We are vulnerable due to our reliance on faraway and often hostile sources of oil that can challenge our competitiveness and national security. The Keystone pipeline can help break this chain of dependence by providing access to energy supplies from a trusted ally in Canada. Breaking this chain is important. Manufacturers use one-third of the nation’s energy supply, so reliable and secure sources are crucial to the sector’s competitiveness—and besides, Canada is going to develop this energy resource whether or not the pipeline is built. If the United States does not take advantage of this opportunity, one of our competitors will.

We have 24 years of experience in Congress between us, and while we didn’t agree on everything when we served together, we both shared a commitment to creating opportunities for Americans and strengthening our nation’s energy security. The Keystone XL pipeline advances both priorities—which is why we feel so passionately about seeing this important project through to completion.

We’re not alone. A bipartisan consensus has rallied around the Keystone XL pipeline. Strong majorities in the Senate and House have expressed their support on the record for this significant project. A recent poll found widespread backing by the American people, echoing the results of previous surveys. The country is firmly behind Keystone, yet it remains mired in politics. No wonder Americans think Washington is broken.

What the administration chooses to do will have a lasting impact on our economy. If it fails to approve Keystone XL, that decision will send a devastating message to manufacturing. The potential for lengthy delays and arbitrary denials will deter job creators looking to invest in the United States and send a signal that America isn’t serious about manufacturing.

(This article originally appeared in The Hill on September 18.)

Allen was governor of Virginia from 1994 to 1998 and senator from Virginia from 2001 to 2007, and is currently president of George Allen Strategies, LLC, in Alexandria, Virginia.

George Allen is a former governor and U.S. senator from Virginia. He is president of George Allen Strategies, LLC.  Contact George Allen at :http://www.georgeallenstrategies.com/index.php/site/contact/

Blanche Lincoln was senator from Arkansas from 1999 to 2011 and is currently the head of the Lincoln Policy Group, a  government relations consulting firm.

«
Has College Enrollment Peaked?»
What Is Blended Learning … and how can it help Virginia’s students?