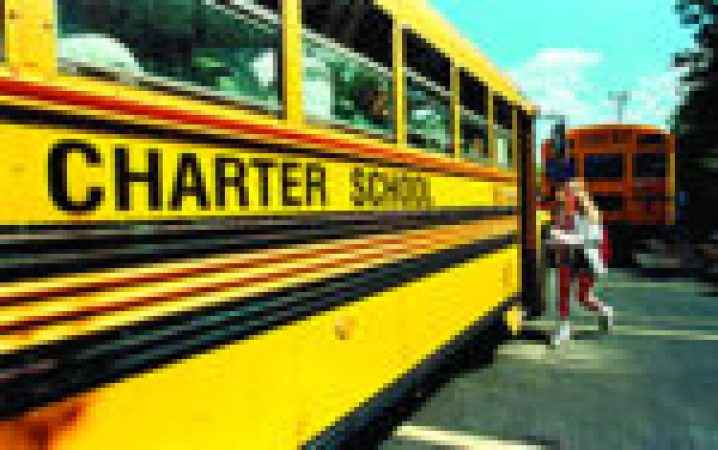 A Charter School Proposal That Can Help Children

During my four years on the Virginia State Board of Education the most frustrating question was “What can we do about school divisions that persistently fail to effectively educate their children?”
Virginia’s public education system remains one of the top performers in the nation, ranking high on such metrics as Advanced Placement, ACT and SAT scores, as well as the National Assessment of Educational Progress.
But one of the biggest concerns remains children who face an uncertain educational future in a select number of school divisions. This year, 94 Virginia schools have had their accreditation denied. More than half — 55 percent — came from just five school divisions.
Let’s be clear: “Accreditation Denied” isn’t some halfway point to full accreditation. “Accreditation Denied” is defined as “the school fails to meet the requirements to be rated fully or provisionally accredited for four consecutive years.” Meaning that these schools were in trouble long before they received their rating.
Not only is it a narrow range of school divisions, but it is an even narrower range of schools: Nine schools have had their accreditation denied for at least three of the past five years. One school has been denied accreditation for a full 11 years in a row — an entire generation’s worth of children given no choice but to attend a school that fails to teach.
And if nine schools doesn’t seem like a lot, look at it another way: 6,600 students spent their entire school career so far in a school whose accreditation has been denied. If they were a school division, it would be larger than 97 school divisions in Virginia.
The solutions offered in the past have been new teachers, new principals, new math programs, new reading programs, leadership development and more. None of them have worked.
Frustration over this state of affairs boiled over in 2013, when the General Assembly created an Opportunity Education Institution (OEI), modeled after the successful Recovery School District that restored schools in New Orleans following Hurricane Katrina and was empowered to take over similarly failing schools.
But state constitutions are all different, and Virginia’s gives absolute authority to local school boards to supervise their schools. OEI was correctly ruled unconstitutional.
Del. Steve Landes, chairman of the House Education Committee, has now come forward with a proposal, sponsored in the Senate by Sen. Mark Obenshain, offering a pathway toward providing alternatives for the children suffering in those schools. The same state constitution granting absolute authority to local school divisions also grants the State Board of Education the right to create new school divisions “subject to the criteria and conditions set by the General Assembly.”
Landes’ legislation sets the criteria under which the State Board can exercise its right to create regional charter school divisions, offering independent quality public schools. These new regional charter school divisions would focus only in areas where schools have been denied accreditation for two out of the past three years; would overlay geographically upon existing traditional school divisions, but leave existing local schools under the control of existing school boards; could not access local dollars; and would be subject to the same civil rights, health and safety requirements applicable to other public schools.
While this is no silver bullet, it opens Virginia to effective charter school operators like KIPP Academies. KIPP teaches 80,000 students in 200 schools nationwide. Ninety-six percent are children of color who choose to attend their school; 88 percent are on free and reduced meals subsidies; 17 percent are English language learners. More important is KIPP’s success: 94 percent of its students graduate high school, 81 percent start college, and 44 percent complete a four-year college. The statistics for low-income students nationally are 74 percent, 45 percent and 9 percent, respectively.
Conditions set down by local school boards have made Virginia an inhospitable state for quality charter operators, so few strong applicants seek to open here. Virginia’s applicants, then, are frustrated moms and dads who really don’t know how to make it work but are desperate to help their children.
As a result, they put together a poor application, and the local school board properly rejects it — but then says, “Well, we don’t get any good applications,” creating a self-fulfilling prophecy.
The Landes-Obenshain legislation avoids the trap of many previous charter proposals by focusing on persistently low-performing schools. It would let existing school divisions operate their schools uninhibited, retaining local control and keeping local funds in the hands of local authorities.
But it offers a new opportunity to try a different approach with a new set of schools run by experienced people who have done it successfully elsewhere.
(This first ran in the Richmond Times Dispatch on Monday, February 6, 2017)