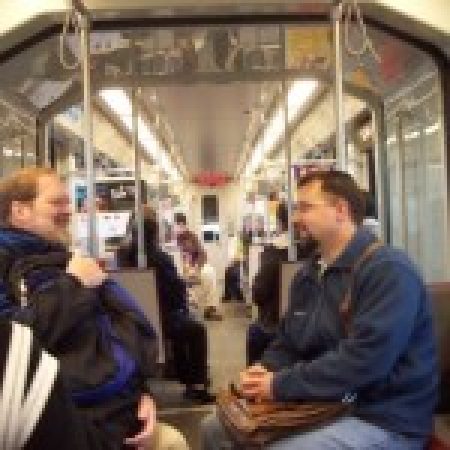 A Better Way to Improve Transit to Dulles

On July 3rd Loudoun County’s supervisors are to decide whether to spend taxpayers’ money supporting Phase 2 of the $2.8 billion rail extension to Dulles Airport and beyond.

They have three strong reasons to decline their support:

First, the proposed transit service will be slow, and Loudoun residents value their time highly. Rail services that require every train to stop at every station provide slower door-to-door service than express buses. For example, travel by the rail system from Wiehle Avenue to the Pentagon would take 57 minutes, involving 12 stops, the one at Rosslyn requiring a train change. In contrast, express bus service can provide this service in less than thirty minutes.

Second, the method selected to finance the rail expansion — by trebling the 2012 $2.25 toll level on the Dulles Toll Road to $6.75 by 2018 — is calculated to “toll off” some 25 million trips a year, some five million of them by Loudoun residents. These five million trips would average over 13,600 trips a day, which is more than the number of daily trips expected to be generated in the County by the rail system. So the project is likely to reduce mobility in the County.

Third, it is difficult to take seriously the claim that the project would promote economic development. Transportation projects that reduce mobility do not stimulate development. And, according to the Board of Supervisors’ own consultants, increased development stimulated close to rail stations is usually balanced by reduced development elsewhere.
But what about rail projects in other parts of Virginia? Was Governor McDonnell right to decline to finance, for example, the “Light Rail” proposed for Virginia Beach?

Railroad passenger service was developed in the nineteenth century as a travel mode superior to horse-drawn buses. But it was out-dated at the beginning of the twentieth by the invention of the motorized bus, which was not confined to fixed guideways. Bus-based services have major advantages over rail-based ones:

First, buses are available in different sizes, and can offer different comfort standards, to match service demand. They can run on different kinds of road, e.g. local roads or freeways, and do not require travelers to make so many changes at “stations”.

Second, bus services are more flexible. For example, they can be changed much more easily than rail service in response to changes in travel demand.

Third, when every train has to stop at every station, travel time is increased. Virginia is a high-income state, and its people dislike long journey times.

Fourth, bus services can be provided competitively, which exerts downward pressure on costs and encourages services that meet passenger demand. Rail transit, on the other hand, is generally provided by government monopoly.

Fifth, rubber-tired systems have more seated-passenger capacity than railroads. According to the Highway Capacity Manual, the theoretical capacity of a dedicated bus lane exceeds 1,200 buses an hour. If 45-seat buses are used, a dedicated lane can accommodate 54,000 seated passengers per hour in one direction, more than sufficient to meet Virginia’s needs.

Finally, express lanes can meet the demand for transit and have significant excess capacity for other purposes. Where lane capacity is 1,000 buses per hour, 200 45-seat buses can carry 9,000 seated passengers per hour and still leave over 80 percent of road capacity available for other vehicles, which can be electronically tolled.

This excess capacity for tolled vehicles available on bus–carrying expressway lanes points to a better way for Virginia to meet its population’s transit demands. Such tolled lanes are now actually being constructed in Virginia to expand segments of the Washington Beltway. Express lanes with variable tolls, electronically collected, were pioneered in the 1990s by the California Private Transportation Company which conceived, financed, designed and provided them in the median of a ten-mile stretch of California’s State Route 91, some 30 miles east of Los Angeles. These tolled lanes are made available at no charge to buses and specific types of high-occupancy vehicles (such as van-pools). Other vehicles can use the lanes if tolls are paid. Payments are collected electronically from customers’ pre-paid accounts, the payment levels being set to ensure congestion-free travel at all times. Tolls for that 10-mile stretch now range from $1.30 for much of the night to $8.95 at 4:00 PM on Thursday afternoons. All income classes use the tolled lanes, with more women than men switching to them. Those who choose not to pay stay on the non-toll lanes.

These electronically tolled lanes, which can be privately provided, have many advantages:

Such lanes, if provided on the Dulles Airport Access Road, would be a superior and less costly alternative to Phase 2 of the Silver Line, and could also be offered in other parts of Virginia.