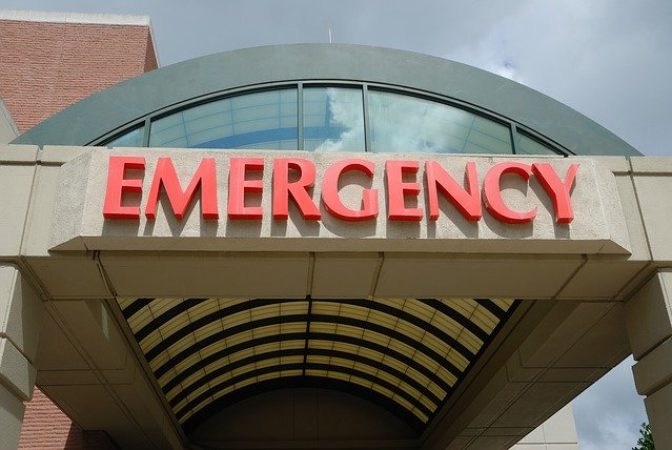 Delegate Sally Hudson (D-Charlottesville) introduced a terrific piece of legislation this year, HB 1731. Unfortunately, it was killed off in the House Committee on Labor and Commerce, but its worth discussing and working for its revival next year. The bill tackled for the first time an increasing threat to competition, cost, availability, consumer choice and quality of health care in Virginia — the vertically integrated carrier.
The combination of hospitals and insurance carriers has captured the attention of neither the media nor the political class, but it is a fundamental driver of runaway healthcare costs in Virginia.
To illustrate the impact of vertically integrated carriers in the marketplace, consider Sentara Health’s offering of its Optima HMO plans in Charlottesville and surrounding counties in 2018 — Hudson’s legislative district. Optima was the only carrier that year to offer plans on the Affordable Care Act (Obamacare) marketplace in multiple locations where Sentara had hospitals. The people depending upon the federally administered program found that their only option, Optima, charged the highest plan prices in the United States.
A 40-year-old couple with two kids had to pay $40,000 in premiums for a Silver Plan. Plus they were liable for up to $11.700 in co-pays and deductibles. Sentara Martha Jefferson Hospital was included in the network. The University of Virginia Medical Center was not. All in the family. Similar scenes played out in other areas of Virginia where Sentara had hospitals and Optima was the only ACA seller.
According to Virginia Health Information, Optima had an amazing year in 2018.  Enrollees increased 10 percent, premiums earned jumped 60%, average monthly premiums rose 30%. Profits increased 890% to $139 million. Sentara Martha Jefferson reported operating income of $28.8 million in 2018 and a profit margin of 11.6%.
The majority of Optima’s ACA members in 2018 had premiums subsidized by the federal government. You’d think the federal government might get cranky. But so far it’s done little.
If enacted, Hudson’s bill would have addressed the market power of vertically integrated carriers, which she defines as carriers that own, are owned by, or are under common ownership with an entity that also owns or operates acute-care hospital facilities in the Commonwealth. The bill would bar such carriers from discriminating against competing healthcare providers either in terms of reimbursement for professional services or membership in provider networks.
Hospital systems in Virginia’s five largest metro areas either own their own health plans and insurers or have joined exclusive partnerships with one.
The vertically integrated healthcare systems with captive carriers are the aforementioned Sentara Health/Optima Health, Centra Health/Piedmont Community Health Plan and VCU Health/Virginia Premier. (Yes, the state controls a commercial health plan, at least temporarily). To complicate the issue, the state has awarded $5 billion in annual Medicaid managed-care contracts to Optima and Virginia Premier — yes, DMAS gave federal money to another state agency – who together manage the care of nearly half of Virginia’s Medicaid patients. Now, Optima has a proposal before the State Corporation Commission to buy 80% of Virginia Premier. Perhaps readers can see a pattern.

The two partnerships are Inova and Aetna in Northern Virginia (Innovation Health) and Carilion and Aetna in Roanoke (Aetna Whole Health). Unavoidable legal issues arise from enterprises that control both providers and carriers including:
▪       Risks from failure to act in the best interests of HMO enrollees;
▪       Antitrust risks from anticompetitive actions against other providers and insurers;
▪       Fiduciary risks for corporate directors.
When the vertical integration includes a combination of non-profit and for-profit organizations, as with Sentara Health, the conflicts are even more profound. Virginia provides zero oversight to ensure that “non-profit public charity” healthcare systems pay balanced attention to their charitable missions, their business missions and their licensed missions.  Internal transfers of hundreds of millions of dollars annually among subsidiaries and between subsidiaries and parent companies should bring direct scrutiny of tax authorities.
The missions, fiduciary obligations, licensure obligations and business imperatives of healthcare providers and insurers/HMOs are distinct and often in direct conflict.
Single-point control of both providers and insurers directly pressures the obligations of captive insurers. Carriers are required to represent only the interests of themselves and their members when negotiating with providers on prices and access to their care networks. Vertically integrated health systems make those decisions internally, making state oversight very hard to exercise.
Another issue is patient referrals.  The Virginia Attorney General concluded almost 30 years ago that Virginia statutes and court decisions “allow a hospital to employ a physician as long as the employment agreement authorizes the physician to exercise control over the diagnosis and treatment of the patient, the physician’s professional judgment is not improperly influenced by commercial or lay concerns, and the physician-patient relationship is not altered”[1].
Both federal anti-kickback statutes and the Stark Law attempt to control misuse of referrals. Yet multiple studies since show that the creation of a vertically integrated provider causes referrals to competing practices to plunge. An investigation by the current AG would reveal whether pressure is put on physicians employed by these systems to refer within the system.
Finally, tension exists between overlapping boards and duties of each board and member. Sentara Hospitals and Optima Health have conflicts in business goals and their fiduciary and licensing obligations. IRS 990 forms show that the CEO of Sentara Health, the parent company, was a member of the Sentara Health board and chaired both the Sentara Hospitals and Optima Health boards.  The board of the parent company reports to no one and selects its own successor members.

General Assembly and Governor:
▪       Assign the State Corporation Commission to oversee the business activities of large and vertically integrated healthcare nonprofits. They can read the Forms 990 collected from Virginia’s multi-billion dollar non-profit health systems that are collecting dust somewhere.
▪       Review the Virginia’s Nonstock Corporation Act to determine whether it needs to be updated to deal with these issues.
▪       Reintroduce and amend HB 1731 to bar actions discriminating against competing insurers or health plans.
▪       Ban vertically integrated carriers.
Attorney General:
▪       Enforce the Virginia Antitrust Act.
Everyone else:
HB 1731 was an excellent bill with no state budget impact.  Call your General Assembly members and tell them to bring it back next year.
A version of this commentary was originally published in the January 27 edition of the online Bacon’s Rebellion.
E-Mail this Author